Prescription Act does not apply to arbitration awards‚ ConCourt rules 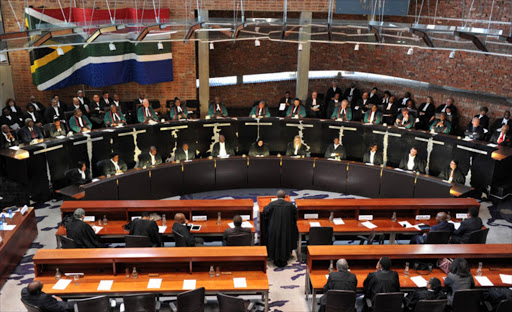 Metrobus has to re-employ a driver it fired more than six years ago as it had failed to review an arbitration award in his favour‚ the Constitutional Court said on Thursday.

The court ruled that the arbitration award issued in favour of Sizwe Myathaza on September 17‚ 2009 – that he be reinstated with back-pay – is made an order of the Labour Court.

The central issue in the case was whether the Prescription Act applies to awards made in terms of the Labour Relations Act.

The Prescription Act states that a debt is extinguished if no action to recover debt takes place within three years.

Myathaza was suspended‚ together with other drivers in September 2007‚ for alleged ticket irregularities.

In April 2008‚ a deal was reached with unions representing the employees that no action would be taken against the employees if they pleaded guilty to the charge of irregular ticketing and accepted a final warning as a sanction.

Myathaza refused to plead guilty and insisted on facing a disciplinary inquiry.

Because his suspension had not been lifted‚ he did not return to work. Metrobus later charged Myathaza with absenteeism and dismissed him in 2008.

Myathaza referred his dismissal to the bargaining council and the arbitrator held in 2009 that his dismissal was substantively and procedurally unfair. Metrobus was ordered to reinstate Myathaza and give him back-pay.

When Myathaza tried to return to work‚ he was told not to because Metrobus had instituted a review application before the Labour Court on October 21‚ 2009. The review has‚ however‚ still not been prosecuted by Metrobus.

Frustrated by the turn of events‚ Myathaza applied to the Labour Court to make the 2009 arbitration award an order of the court in 2013.

The Labour Court‚ and later the Labour Appeal Court‚ agreed with the employer.

The Constitutional Court on Thursday prepared three judgments‚ which all came to the same conclusion that the appeal by Myathaza should succeed.

A judgment written by Justice Chris Jafta stated that an award issued at the conclusion of an arbitration represented the resolution of the dispute.

“The Prescription Act does not cater for a situation where a claim or dispute has been adjudicated and an outcome binding on parties has been reached but before that outcome is made an order of the court.”

Jafta said that since an award was final and binding‚ it was difficult to determine a prescription period applicable to it under the Prescription Act.

“The three-year period is meant for claims or disputes which are yet to be determined and in respect of which evidence and witnesses may be lost if there is a long delay.”

Jafta also said the main award granted to Myathaza could not prescribe because it was not an obligation to pay money or render services by Metrobus to Myathaza.

Jafta said Metrobus was obliged to apply for a date for the review of the arbitration award within six months of lodging the review.

He said Metrobus’ unduly long delay undermined the Labour Relations Act’s object of speedy resolutions of disputes. He said this had affected Myathaza as he has been without income since his unfair dismissal in 2009.

Jafta said the conduct of Metrobus was not befitting an exemplary employer and said it warranted an adverse costs order.

The court ordered Metrobus to pay the costs in the Labour Court‚ the Labour Appeal Court and the Constitutional Court‚ including costs of two counsel where applicable.