Wayne Westner pulled trigger on himself in front of wife, police reveal

Former pro golfer Wayne Westner "forced his way" into his own home on the KwaZulu- Natal south coast and shot himself in front of his wife. 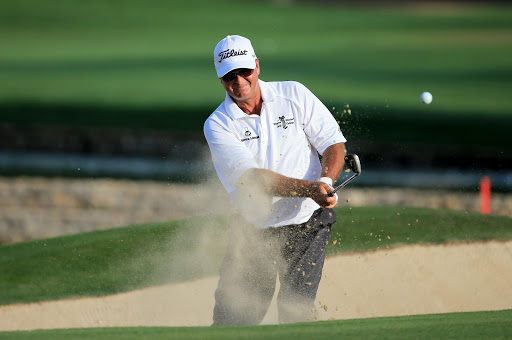 Wayne Westner of South Africa plays his third shot at the par 4, 14th hole during the first round of the 2014 Omega Dubai Desert Classic on the Majlis Course at the Emirates Golf Club on January 30, 2014 in Dubai, United Arab Emirates.
Image: David Cannon/Getty Images

KwaZulu-Natal police confirmed that Westner‚ 55‚ died due to a gunshot wound to the right side of his head on Wednesday. Officers said it appeared that the couple were separated.

SAPS spokesman Lieutenant Colonel Thulani Zwane told TMG Digital: "An inquest was opened after a man allegedly shot himself in front of his wife at Pennington area today".

"Wayne Brett Westner died in a shooting incident at the Gwala Gwala Estate in Rahle Road‚ Pennington at about 8am. His body was removed to the KZN Medico-Legal Mortuary in Park Rynie for a post mortem examination."

Zwane said it was speculated that his wife was in the process of relocating to Johannesburg when Westner arrived at the estate and forced his way in. He said Westner was armed with a handgun and allegedly shot himself through the head in front of his wife.

Westner is best known for his 1996 World Cup of Golf win‚ where he teamed up with Ernie Els. He also won the SA Open twice‚ in 1988 and 1991, and more than a dozen professional events during his career.

At one stage he was 40th in the Official World Golf Rankings‚ reported the South Coast Herald.

He was born in September 1961. He turned pro in 1982. His successful golfing career was cut short by an injury in 1998. He had a keen interest in fly fishing and the outdoors.

He eventually retired in 1998 due to injury. He was also the driving force behind the Instant Golfer‚ a training machine that improves players’ swings.

Here is a list of his international tournament victories: