Three weeks ago a Mpumalanga man married the woman of his dreams. Now he is planning to bury her. 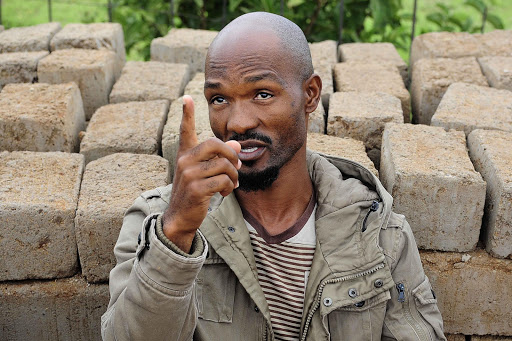 Johannes Mlangeni speaking about his wife Angelina Msiza 26, who passed on saturday when a taxi she was travelling in was swept away by floods in Kwaggafontein. The driver was rescued but the paramedic who tried to save Msiza drowned when the rope he was hooked on got tangled in the water
Image: Thulani Mbele

Johannes Mlangeni battled to hold back tears when he shared the last moments he had with his wife Angelina Msiza‚ 26‚ at their home in Frischgewaagd in Kwaggafontein‚ Mpumalanga.

Msiza drowned with a local fire-fighter aged 31 from the Thembisile Hani municipality who was trying to rescue her from a minibus taxi that was being swept away by heavy floods in the area on Saturday morning.

"It was around 8am when I accompanied her to catch a taxi to work. We were playing and joking and then I carried her on my back. We waited for a taxi which arrived‚" Mlangeni told SowetanLIVE on Sunday.

"A few minutes later‚ I checked my phone and saw two missed calls from her. Seconds later‚ she phoned again‚ saying I must come quickly to pull them out. I didn't understand what she was saying and phoned her. That is when she cried and said they were stuck in the middle of a flooded bridge‚" he said.

Mlangeni said he quickly ran to the bridge and saw a white Toyota Quantum stuck in the middle. He said he phoned his wife‚ telling her to remain calm as help was coming.

"My wife threatened to throw herself into the water but I stopped her. One fire fighter managed to rescue the driver but as he went in to try and save my wife‚ the water became too strong and swept him away.

"I watched as the taxi was floating in the water with my wife inside‚ screaming for help. I ran next to it but there was nothing I could do as the water was too strong and high‚" Mlangeni said.

"I have lost a wife and the mother of our young daughter aged a year and a half. She was my everything. We had many plans together. She was so happy. I would have asked her not to go to work if I had known what was going to happen."