South African wildlife rangers are stepping up efforts to hunt a pair of caracal cats blamed for killing endangered penguins at a tourist beach near Cape Town, officials said yesterday. 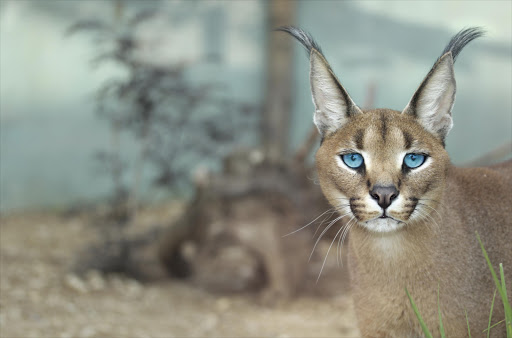 "The animal will trigger it when he steps into the trap and it will grab him around the leg," said Arne Purves, a senior officer at the city's environmental management unit.

"It is padded, it is non-lethal and it doesn't injure the animal," Purves said.

The caracal, or rooikat, is a medium-sized wild cat native to Africa. It can weigh up to 18kg, has long powerful legs, a short tail and pointed ears.

A caracal was caught in a cage last July and successfully relocated, but a second cat has evaded capture since mid-November.

The pair are thought to have killed at least 130 penguins.

"What is unusual is that these two cats seem to have become stuck in the area.

Numbers of African penguins, also known as Jackass penguins, have fallen sharply over the years owing to a loss of habitat and declining fish stocks.

Experts estimate there are fewer than 21,000 breeding pairs left in the world.

Hundreds of those are nesting and breeding on Boulders Beach.