9 things you need to know about the Ford Kuga recall 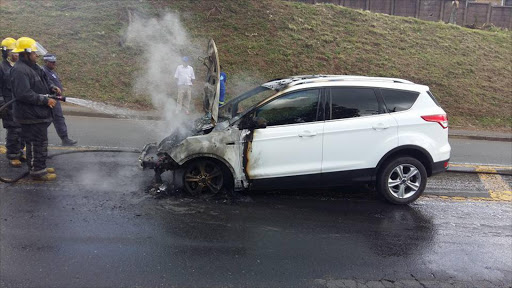 Ford SA has announced that more than 4‚500 Ford Kugas are being recalled for compulsory safety checks after 48 of the family SUVs burst into flames in South Africa and a motorist died while trapped inside his burning vehicle.

All Ford Kuga 1.6 vehicles manufactured between 2012 and 2014 are being affected by the safety recall. Owners of affected vehicles are urged to contact their nearest Ford dealer. Customers can find out more by calling 0860-011-022.

2. What will it cost

The existing maintenance check announced at the end of last year is free as will be the two-stage safety recall announced today. The first stage will see changes to to parts and warning systems relating to the engine’s cooling system as well as a software update. A second update to the engine will also be implemented with further details to be disclosed.

Ford customers would be given a courtesy car to use should there be a delay in repairs.

In the meanwhile any driver who observes any sign of overheating should immediately pull over as soon as it is safe and evacuate its passengers. Ford’s Roadside Assistance service is available to help 24/7. The number is 0861-150-250

Investigations show the fires were caused by overheating that led to engine cylinder heads cracking and oil leaking. Ford SA says it has shipped 15 vehicles to Europe to investigate the cause of the fires, suggesting that high temperatures in South Africa may be a factor.

For months Ford has been under intense pressure over the Kuga as customers ask why the manufacturer has not recalled the car. Ford says the delay was because it was "collecting data". The Times on Monday reported that Ford had known of the Kuga's potentially deadly safety flaw since 2014 but had done nothing to address the matter. The company was informed over the past two years by various insurance companies about the flaws following investigations by the insurers' forensic investigators.

Ford Kuga drivers who notice warning lights while driving have been told to pull to the side of the road as soon as it is safe. Do not open the bonnet but rather call the roadside assistance number.

Ford will update the recalled vehicles' software and check the cylinder heads.

To date 48 Kugas have caught alight in South Africa‚ 11 of them this month. Ford SA said on Monday it would work with insurance companies and their customers to handle this issue. For cars that weren't insured - or owners who don't want them anymore - Nemeth has said it would deal with such cases individually. Ford SA would also not commit to extending the warranties on these vehicles.

Ford SA has acknowledged there may be part shortages. Should this happen, affected owners will be provided with courtesy cars or rentals. The company has said it will pay the R1,500 deposit for a courtesy car.

Ford SA says that while the investigation into the death of Ford Kuga driver Reshall Jimmy has not yet been concluded‚ it believes that incident was unique and unrelated to an engine fire. Meanwhile, Jimmy's family has established through private forensic and fire investigators that the fire started within the car's electronic wiring system behind the dashboard on the passenger side of the vehicle. They have vowed to make Ford accept responsibility for his death.

Here's a timeline of events leading up to the recall: