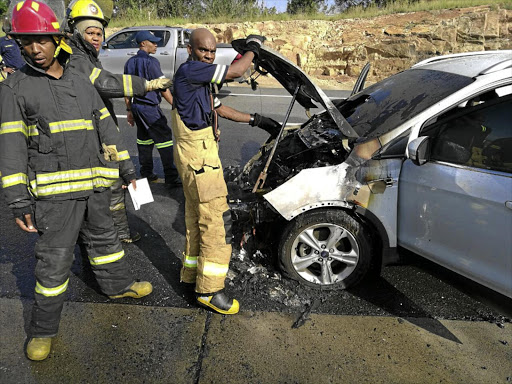 Warren Krog’s 2013 Kuga that burnt out in Alberton on 12 January 2017. Krog was told he could drive the car even though its coolant system had not been checked.
Image: WARREN KROG

Ford and the National Consumer Commission are holding a press conference in Pretoria‚ where they are expected to announce the details around the safety recall of the Kuga.

The Times reported on Monday that Ford had been warned for at least a year that its Kuga SUV had potentially deadly problems - but appeared not to have acted on the alarm bells.

At least 47 Kugas have caught alight and one person has died after his car burst into flames.

An investigation by The Times has established that Ford SA was warned of the problems last January following an investigator's probe into two Kuga fires.

Insurance companies also confirmed that they had alerted the company to issues relating to the Kuga going back as far as 2014.