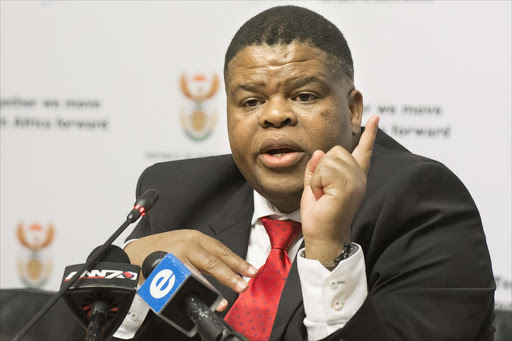 In November international television channel Al-Jazeera flighted a documentary on transnational poaching syndicates, which made mention of Mahlobo's alleged friendship with Guan Jiang Guang. In the documentary Guang tells an undercover cameraman of his links to Mahlobo through the minister's visit to his massage spa in Mbombela, in Mpumalanga.

After the documentary aired, Guang vanished.

Asked about the investigation Hawks spokesman Brigadier Hangwani Mulaudzi said yesterday: "Investigation? What investigation? No case docket has been registered. It is an inquiry and it's up to us whether we close it or not.

"What must we investigate? How is a friendship a crime?"

He said the Hawks were definitely not investigating the minister.

Mulaudzi confirmed Guang had disappeared. "Our fear is that he may have skipped the country on another passport."

He said investigators had returned to the massage spa yesterday but it was still closed.

Institute of Accountability director Paul Hoffman said there was nothing the police could do if the man had disappeared.

"The allegations were damning, but in the absence of a witness there is no way that you can prove a criminal case beyond a reasonable doubt."