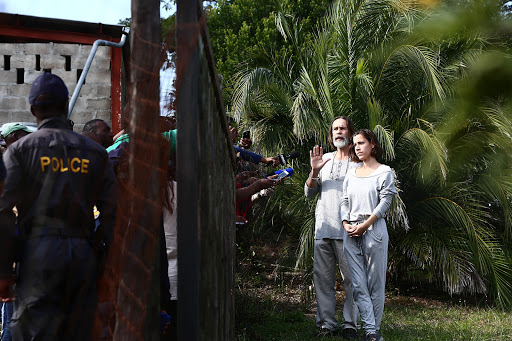 Ooutspoken KwaZulu-Natal guesthouse owner Andre Slade, who is facing hate-speech charges over his controversial views , plans to sue the government and media for branding him a racist.

Slade made headlines in June last year when he sent an e-mail to a client that said blacks and government employees were not allowed to stay at his Sodwana Bay Guest House.

Addressing journalists and ANCYL leaders, Slade said he was not racist because "God's word" said whites were the superior race - and that whites were created with a "crown" on their heads, something black people did not have.

His partner, Katerina Krizani, from Slovakia, was arrested shortly after the row for being in South Africa illegally.

Slade said yesterday he had prepared an affidavit which he had been unable to file with the registrar of the Durban High Court.

The document highlights the hardships endured by Krizani in prison, including her being "harassed, assaulted and humiliated".

Slade said he had made an urgent appeal to the Constitutional Court for Krizani's rights to be respected.