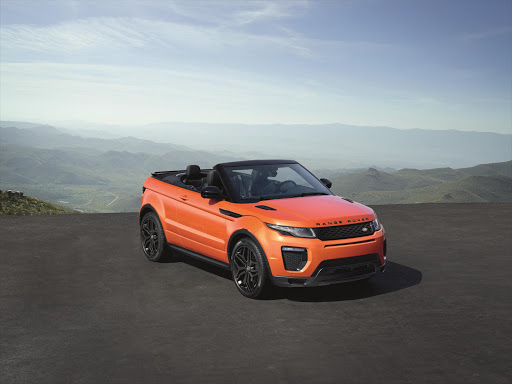 The theft of nearly R15-million worth of luxury cars from a Johannesburg dealership has exposed a rapidly growing trend in the targeting of South African super cars for order.

Those orders‚ especially for luxury German vehicles‚ are from mainly people living in South Africa's neighbouring countries and the Middle East‚ experts say.

In the early hours of Sunday morning‚ thieves bypassed security systems at Infinti Motors in Melrose making off with six vehicles. On their shopping list were: a Toyota Land Cruiser‚ a Range Rover Evoque‚ BMW X6 and a Mercedes Benz ML400‚ ML 63 and G63. Three of the cars - the Toyota Land Cruiser and two of the Mercedes Benzs - were recovered in Kensington‚ Yeoville and Berea. Infiniti Motor's co-owner Jason Nestadt declined to comment.

The theft comes weeks after a Toyota dealership‚ situated opposite Infiniti Motors‚ was attacked by a gang police believe may be the same people. Seven Toyota Hilux bakkies and Land Cruisers were stolen in that attack. Four of these vehicles were subsequently recovered‚ one of them in Harare‚ in Zimbabwe.

Danie Day‚ a private investigator specialising in cross border crime investigations‚ said there was a definite demand for luxury German cars‚ especially in countries such as Zimbabwe.

"Recently a vehicle racketeering scam whose operators were dealing in Mercedes Benz ML55s was uncovered. We have recovered a number of Mercedes Benz ML 63s as well in that country.

"Currently in Zambia there is also a high demand for luxury German cars such as Audi's‚ BMWs and Mercedes Benz especially if these cars are rental vehicles."

Day said his firm had also discovered that a lot of the multi-million rand luxury vehicles‚ such as Mercedes Benzs‚ were being exported to Dubai via Mozambique.

"They get taken straight to the Maputo harbour where they are loaded into shipping containers and put onto ships. The cars that are going to Dubai are the 'super high powered vehicles'‚ some of those which are valued at R2-million and more."

He said Toyota Hilux's‚ Cruisers and Fortuners were almost always guaranteed to be taken to Mozambique and Botswana.

"We investigate at least 10 of these kind of vehicle thefts or hijackings a week."

SA Insurance Crime Bureau COO Hugo van Zyl said there was "certainly an increase" in the hijacking and theft of luxury cars‚ with a lot orders being placed for high-end vehicles.

"The increase in the hijacking and theft of luxury vehicles is especially prevalent where vehicle dealerships are targeted. These vehicles are often recovered in South Africa in cooling off areas en route to the South Africa border‚" he said.

Van Zyl said a lot of cars have been recovered in countries like Zimbabwe and Botswana en route to Zambia.

"Vehicle dealerships are targeted by groups consisting of even more than 12 suspects who enter the premises‚ overpower the guards on duty and disable the alarm and armed response systems.

He said because the security systems of vehicles had undergone major development over the years‚ the thieves targeting these cars were not youngsters looking for a joyride.

"Rather they are highly sophisticated and technologically advanced (criminals)‚ using computer devices to override the cars onboard computers to start them and drive off with them without keys."

Garth de Klerk‚ CEO of the SA Insurance Crime Bureau‚ said there was an increase in hijackings of high-value cars because their security systems made them difficult to steal. He also said the Bureau had seen a trend where car dealerships were being targeted by sophisticated syndicates‚ who were moving the cars across South Africa's borders.

David Broodryk‚ Melrose Toyota dealership's Automark sales manager‚ said it was clear those who hit them knew exactly what they were doing.

He said: "It's clear these guys are jacked. They know the layout of the dealership‚ where all the cameras are...

"When they entered our premises‚ they stuck to all the surveillance camera blind spots. They then made their way to our computer server room‚ which they took down [smashed]‚ rendering all the CCTV cameras completely blind."

He said they were able to retrieve four of their cars through tracking systems which had been fitted to the vehicles.

"We got one back from Harare‚ in Zimbabwe‚ and another was found in Parkhurst."

Broodryk said he had heard of a number of other luxury and upmarket car dealerships which were "hit" over the Christmas period in Gauteng.

"It's clear that they had a shopping list to fill."

Police spokesman Captain Mavela Mosondo‚ who confirmed the recovery of three of the Infiniti Motor cars‚ said: "Our detectives are looking at a number of other luxury car dealership thefts to see if there are any links which can be made with the latest theft. We will be reviewing CCTV footage to see if we can identify the suspects.

"We are working on information which we have received on the latest theft and are hoping to make arrests soon."

He declined to comment how the thieves were able to override specialised security systems fitted to the cars and escape without alarms being sounded.

"The investigation is at a very sensitive stage. We cannot say much."

Private investigator Chad Thomas‚ IRS Forensic Investigations‚ said it was guaranteed that these super cars‚ which are high performance vehicles‚ would have been stolen for a very specific buyer or market.

"Those behind this would have scoped the dealership previously‚ would have prepared the necessary fabricated vehicle papers. The thieves would have stolen these cars knowing that they were fitted with tracking devices. It's clear‚ with three of the cars still missing‚ that they had the necessary equipment to override any security systems that may have been fitted."

He said the theft would have been similar to the movie "Gone in 60 Seconds".

- TMG Digital and The Times