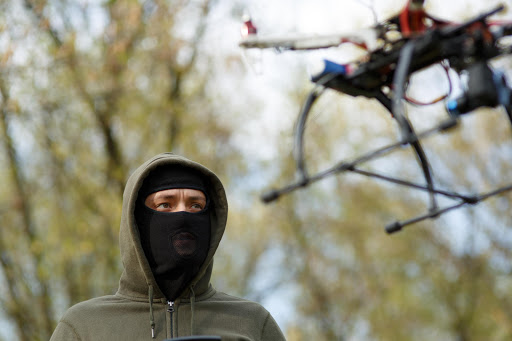 The concept of an eye in the sky has taken on a new meaning in South Africa as the country's private security firms delve into the world of drones.

Constantly looking to outsmart criminals and cut back their spending on resources, security firms are now turning to the sky to conduct their business.

But it's raising concerns for many, especially homeowners, who fear invasion of privacy.

Ricky Croock, managing director of private security company CSS, said there would be a huge increase in the use of drones in the security industry in the next few months.

CSS is looking at using drones to boost security.

He said CSS was examining different ways to use technology to cut down on manpower responding to false alarms.

Croock said that 99% of call-outs were for false alarms.

"It will be much easier to send a drone over the property to assess whether it is a real emergency or a false alarm.

"We are looking at some exciting technology."

In the past Croock's company has made use of advanced camera systems to pick up flagged car licence plates and suspicious behaviour.

It resulted in a reduction in crime in a number of Johannesburg suburbs.

"Although the use of drones sparks debates on where the lines of personal privacy should be drawn, there's no doubt that surveillance footage is useful to track down suspects.

He said one of the most common users were farmers, who use them to monitor perimeter fences and check on livestock.

But there are concerns over the invasion of privacy.

Spokesman for the Civil Aviation Authority Kabelo Ledwaba said due to the low cost and easy availability of drones anyone could acquire and use them in ways that contravene civil aviation rules.

He said the CAA had registered 455 systems and issued 369 remote pilot licences since July 2015.

Ledwaba said there were strict regulations governing the use of drones, including that they cannot be flown near police stations, prisons, crime scenes or other national key points.

He said drones may also not land on a public road or fly within 50m of any type of building.