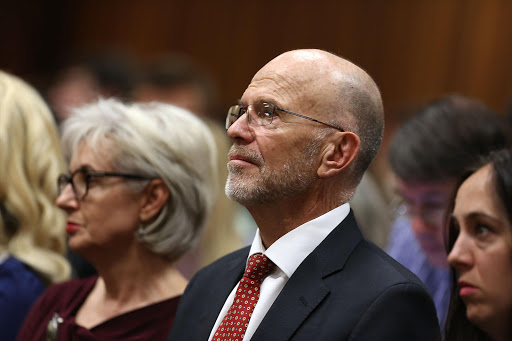 Arnold Pistorius‚ the uncle of disgraced Paralympian and convicted murderer Oscar Pistorius‚ who was prosecuted by Gerrie Nel‚ says only a day laborer would resign with 24 hours notice.

"In the normal world where normal people work‚ people serve out their full month after handing in their resignation. They don't just up and leave‚" Pistorius told TimesLIVE.

"It just points to the character of a man who specialises in half truths. In the normal world where I and many others work‚ I certainly wouldn't employ someone of his character."

Nel angered the Blade Runner's family during his cross-examination of the athlete for shooting his girlfriend Reeva Steenkamp and when he took the High Court's verdict of culpable homicide on appeal‚ getting the conviction replaced with one of murder. Oscar Pistorius had served one year in prison after the initial conviction but was subsequently sent back to serve a six-year term.

The prosecutor has received several honours during his 35 year career‚ including the Society of State Advocates' Prosecutor of the Year in 2012 and the International Association of Prosecutors (IAP) Special Achievement Award that same year for his work on the Jackie Selebi case.

Advocate Barry Roux‚ reacting to the news‚ said that if any prosecutor with experience resigned‚ it was a loss.