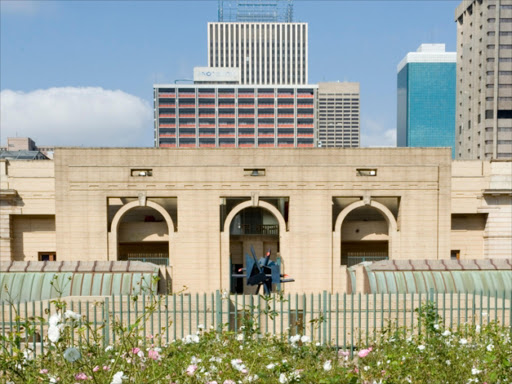 The dozens of sad face emoticons on Facebook said it all: the Johannesburg Art Gallery was forced to close its doors on Monday "until further notice", by order of the City of Joburg.

Downpours at the weekend were the final straw for parts of the buildings. Rain fell directly into the basement gallery space, the conservation studio and the contemporary art storeroom.

City of Joburg said no artworks were damaged and they had been moved to "safe spaces".

Copper sheeting from the roof had been stolen over an extended period of time and the R16-million restoration work that was previously undertaken failed to withstand the heavy rains.

It's been years of ineffectual leadership at gallery level and within council, said Marianne Fassler, of Friends of JAG. In 2014, she and others revived the association to bolster support for the 102-year-old gallery.

Fassler said: "In spite of many warnings about the rampant theft of the copper roof, there is still no security to prevent such stripping and no real action to preserve this building with its irreplaceable sandstone structure and its heritage parquet floors."

JAG's Facebook page stated: "Basically there are two components that resulted in the closure - the bad workmanship of the company hired by the Johannesburg Development Agency to fix the leaks and copper theft. The roof is basically bare."

The original building of the landmark gallery in Joubert Park was designed by Edward Lutyens and houses masterpieces from artists such as Pablo Picasso, Monet and Dali and more recent works of South African art giants like Gerard Sekoto, JH Pierneef and William Kentridge.

Fassler said despite the setback of the temporary closure that's expected to last three months, "the institution and the collection are priceless assets and that won't change".