Justice Alliance head gets the boot after child abuse allegations

The board of the Justice Alliance of South Africa has asked the organisation's director to step down with immediate effect after a TV investigation exposed him as an alleged child abuser. 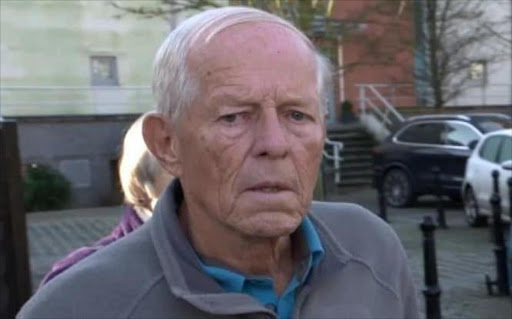 Chairman Msizi Cele said on Friday that John Smyth was informed earlier this week that his services were no longer required.

Although he described Smyth's suspension as temporary‚ he said the 75-year-old British lawyer was not expected to return to work at the alliance.

Cele would not say whether the board planned to investigate the allegations against Smyth‚ who administered "horrific" beatings to at least 22 boys at Christian holiday camps in the UK‚ according to a 1982 report by the church charity that sponsored the camps.

"We are considering our options after was asked him to step down earlier this week‚" said Cele.

"The board has been aware of the allegations for some time. The nature of this matter is shocking. It is something we take very seriously.

Cele said the board had been working on a succession plan‚ "and I don't think it will be possible for Smyth to come back".

He said no date had been set for the next board meeting at which further decisions about Smyth would be taken.

Another board member‚ Stephen van Rhyn‚ said he was "appalled" by the allegations against Smyth.

"If the allegations are substantiated‚ then our expectation would also be that Mr Smyth would face prosecution in the UK‚" he said.

Van Rhyn‚ who is the pastor at Jubilee Community Church in Observatory‚ Cape Town‚ denied reports that Smyth was a member.

"He has never been a member of Jubilee Community Church or held any leadership position in the church‚ let alone the position of an elder‚" he said.

It emerged in a Channel 4 News documentary screened on Thursday that Smyth was charged with culpable homicide after a 16-year-old was found dead in a holiday camp swimming pool in Zimbabwe.

In the UK‚ a report produced by a church charity but hushed up in 1982 - two years before Smyth left for Zimbabwe - said he beat boys at Winchester College in Hampshire in the 1970s and 1980s‚ often after reading the Bible to them.

Hampshire police began investigating the claims on Thursday while Smyth and his wife‚ Anne‚ welcomed visitors to their home in Bergvliet‚ Cape Town‚ but refused to answer questions or respond to messages.

On Friday‚ Smyth's home was locked up and neighbours said he and his wife had left.