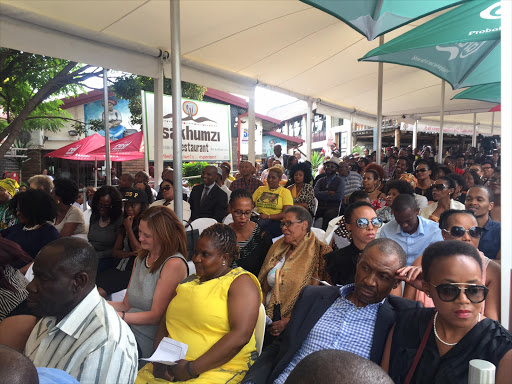 The son of Khwesi Hudson‚ the man who was shot and killed at Sakhumzi restaurant on Soweto’s famous Vilakazi street‚ has described his father as a people's person.

"My father was a very kind man. He wasn't just a father to me‚ he was a father to many people and was a very genuine man. If you could talk about a man who would not hurt a fly‚ that was my father‚" said Kojo Hudson.

"Things that could stand out about him was his smile‚ my father was extremely sincere. In terms of discipline‚ I had my fair share of canes I won't lie."

As he spoke two men are on the run for the murder of Hudson‚ 60‚ in the early hours of Sunday. He was the general manager at Sakhumzi‚ one of South Africa's top tourist destinations.

He attained a Bachelor of Arts in Communications and completed his post-graduate qualification in journalism in 1983. A year later he moved to South Africa to pursue his teaching career. He taught at Cofimvaba Primary School as well as Daliwonga High School in Covimvaba‚ Eastern Cape.

Hudson officially joined the restaurant in 2015 to help expand the business.

Hudson was shot and killed during an armed robbery‚ but it was not the first time the restaurant has been hit. Sakhumzi has experienced two robberies since it started.