Enviroserv has acknowledged that a foul odour‚ the source of complaints in the upper Highway area west of Durban in recent months‚ does come from its controversial landfill site - but said it was not the company's fault. 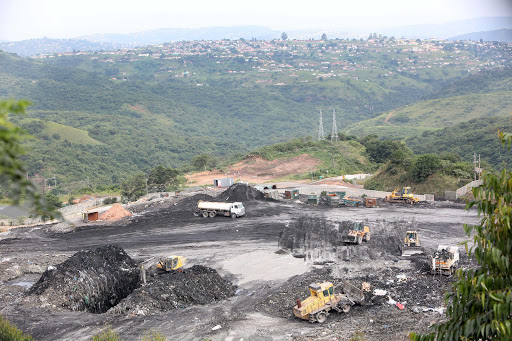 Instead‚ the company said on Tuesday that a change in government regulations - which impacted on how waste must be treated - was to blame. And as residents seethe over the "toxic" smell‚ the waste disposal corporate said it was impossible to tell when the root cause of the noxious gas would be remedied.

The environmental affairs department has threatened to temporarily or even permanently shut down the Shongweni landfill site over the complaints‚ which residents say has led to a variety of illnesses including sore throats‚ breathing problems and itchy eyes.

In a formal briefing at the landfill on Tuesday afternoon‚ Enviroserv coastal operations manager Clive Kidd said that every possible remedy had been put in place to alleviate the stench.

The cause‚ he said‚ was "sulphur-reducing bacteria" that had been fostered in the landfill as the pH level had dropped.

"The smell is an unintended consequence of new waste regulations‚" he said.

New legislation that governs the disposal of waste at the site‚ instituted in 2013‚ lowered the requisite pH level for refuse. Before‚ waste would be "treated up" to raise the pH level. But with the new regulations forcing lower pH levels‚ the bacteria which produces hydrogen sulphide has flourished‚ hence the stench.

"It was something that was impossible to foresee. We are now treating the site according to the old pH legislative standards with the approval of the Department of Environmental Affairs to try and sort this out. It's going to take time and that is what people don't understand‚" Kidd said.

He added that as complaints about the smell streamed in midway through last year‚ they began investigating the source and trying to solve the problem. Part of the solution was capping leachate tanks and raising the pH levels of the refuse using lime‚ among other remedies.

Kidd said that Enviroserv had spent nearly R10-million in the pursuit of sorting out the problem.