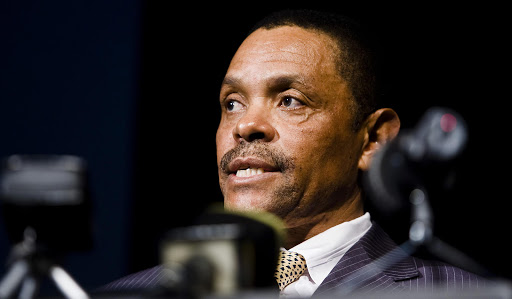 Nyanda was confronted by MK veteran Kid Sogovu during a media conference at Luthuli House about an MK meeting held last week.

Sogovu demanded that Nyanda account for Simelane's 1983 abduction and murder.

"No, no, no, sorry... This conference must answer a lot of questions.

"Nokuthula Simelane disappeared when you commanded us to come and fight inside the country," Sogovu said.

"You never told us about the disappearance of Simelane," he said.

A shocked Nyanda ordered Sogovu removed and the short, plump man was dragged out by security officials.

"It's been written so many times that Nokuthula was captured by the enemy, tortured and likely killed," Nyanda told the media after Sogovu was ejected from the conference.

"I didn't even know that she was in the struggle. I had absolutely nothing to do with her," Nyanda said.

But this is not the version that Sogovu gave to reporters after being thrown out of Luthuli House.

Sogovu said Simelane was working for Nyanda when she was killed by South African security forces.

"What I am demanding from Siphiwe Nyanda is to give a full report. Who sold out this lady?" Sogovu asked.