Chicken imports: why the EU should get its ducks in a row 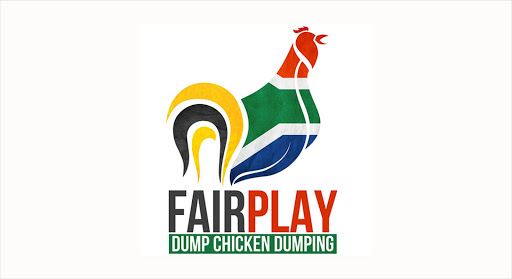 SPONSORED | The European Union is struggling to defend itself against accusations that its chicken imports dumped in South Africa are killing the local industry and costing thousands of jobs.

After hundreds of chicken industry workers, bosses and supporters marched on the Pretoria office of EU ambassador Marcus Cornaro on February 1 this year to hand over a memorandum of protest, he issued a lengthy statement he said was intended to “dispel misconceptions and confusion” around EU chicken imports into South Africa.

He did not succeed.

The first “alternative fact” from the EU is that dumping is not real – it is only “alleged dumping”, says Cornaro.

Dumping of chicken by the EU is a fact and it is continuing. In 2014, three EU countries – the Netherlands, the UK and Germany – were found guilty of dumping by the International Trade Administration Commission of South Africa. None of these countries have disputed that finding, either in the South African courts or at the World Trade Organisation. They know they are guilty.

Chicken pieces are being sold in South Africa for less than the cost of production in the EU, which causes considerable harm to the industry. That is dumping. Because of it, the local industry is contracting and thousands of jobs have been lost. The damage continues this year: more than 1,000 jobs were lost in January at one major producer, 1,500 more are likely to go at another large producer, and the industry leader has just warned that dumping is severely affecting its profitability.

The worst-case scenario is a total collapse of the industry, as happened in Ghana, because of dumped imports, led by the EU. And the EU calls it “alleged dumping”.

Then the EU says its poultry (no mention of dumping) makes up only 14% of local consumption of bone-in dark meat – thighs and drumsticks – which it says represents 7% of South African chicken consumption.

This ignores the fact that bone-in dark meat is a critical part of the South African chicken market and accounts for 60% of local consumption.

This is where the damage is being done by EU imports, which have been rising dramatically. Provisional calculations show the EU accounted for nearly 16% of bone-in imports in 2016. The effect – and the intent – of these dumped imports, sold below the EU cost of production, is to weaken and possibly destroy the local industry.

Dumped imports prevent local chicken producers from raising prices to compensate for drought-related increases in other inputs, such as maize. As local production becomes uneconomic, factories close and jobs are lost. Then importers have a market they can dominate, at prices they choose.

Dumping is a predatory practice that harms both consumers and workers.

The EU ambassador does not like dumped EU chicken being referred to as waste. The fact is that the brown meat sold to South Africa is unwanted surplus in the EU, which prefers white chicken meat and wings. The dark meat leftovers are not made up for customers but dumped in freezers and sold to any market that will take them. Is this how the EU treats prime products?

He also suggests it is changes to brining regulations that are crippling the local industry. Because the amount of added brine was reduced to 15%, he says South African producers have been left with expensive machinery that now has to be written off.

The fact is that brining machinery is in use here (as it is in the EU) and has not had to be junked. Reduced brine levels result in a saving, because producers spend less on brine.

The EU’s next complaint is that the 13.9% safeguard duty recently imposed by South Africa will result in a double duty on some importers who already pay anti-dumping duties. True. Anti-dumping duties are a remedy for unfair trade, such as selling below cost, and safeguard duties are a fair-trade remedy to protect a local industry against a sudden surge in imports. Where EU countries offend on both counts, they should pay both duties.

The EU ambassador wants to support smaller chicken producers, but doesn’t mention the devastating effect that dumping has had on them. While EU dumping has hit all of South Africa’s larger producers hard, the real pain has been felt by the smaller producers. At least eight of those have already closed and others have gone into business rescue or been taken over. If dumping continues, there won’t be any small businesses left for the EU to support and thousands more families will be left destitute.

The best and quickest way for the EU to help all South Africa’s chicken producers is to stop chicken dumping. Immediately.

This article was paid for by the Fair Play Movement, a new, principle-based global initiative whose sole interest is making international experts available to help stop the proliferation of dumping worldwide​.