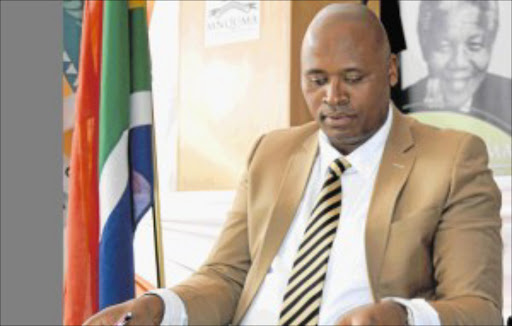 A municipal manager is set for another night behind bars after being arrested by the Hawks in connection with a case involving rubbish bags and code names.

Sindile Tantsi from Mnquma was arrested on the N2 road near Mthatha on Tuesday morning. He spent last night in custody after his lawyer failed to secure his release.

He will now appear in Butterworth Magistrate's Court on Thursday and not today as previously scheduled.

Hawks spokesman Brigadier Hangwani Mulaudzi said this was because "specialised investigators working on the fraud and corruption case finished their work late last night. There are still some information we need to verify".

Mulaudzi said: "Tomorrow we will still be within the 48 hours limit to arrest and charge a suspect."

Scores of people clad in ANC regalia are seated in the A-Court of the Butterworth Magistrate's Court where Tantsi was supposed to have appeared.

Although details of his alleged crimes will be revealed in court when the municipal manager applies for bail‚ the Daily Dispatch reported that it has reliably been informed that Tantsi’s arrest relates to a R10-million tender Mnquma issued two years ago.

A company won a tender to supply the municipality with refuse bags.

It is alleged the prices of the rubbish bags were inflated to the point where a packet of 20 was sold to the municipality at a cost of between R185 and R192 when they only retail for about R20 to R30.

Of the R10-million the company received‚ more than R2-million was paid to three people with code names as a form of alleged kickbacks.