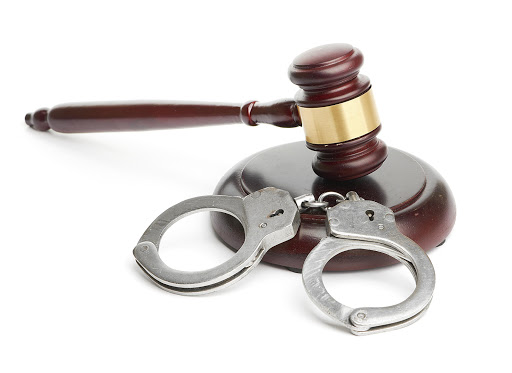 A 74-year-old man was on Thursday handed a 20 year sentence for repeatedly raping his granddaughter over a period of a three years.

The man‚ who is originally from Slovakia‚ was sentenced in the Benoni Magistrate's Court where his daughter and girlfriend wept‚ later berating the victim while court was still in session.

"You will pay for this. You know the truth‚" the man's girlfriend shouted at the victim before storming out of the court.

The victim sat in the third row of the court gallery‚ comforted by her mother and members of the NGO‚ Women and Men Against Child Abuse (WMACA).

"Get out‚ get out‚" the crowd in the gallery shouted at the woman.

The man cannot being named to protect the identity of his victim.

She was just 10-years-old‚ fresh from Slovakia and did not speak a word of English when her grandmother's brother first raped her.

Her mother had left her in his company and shortly after she left‚ the man put a pornographic video on after which he raped her.

In the victim impact statement‚ the young woman‚ now 24‚ wrote about how she washed her blood-soaked underwear after the first rape episode.

Her grandfather watched over her‚ telling her "how nice and tight" she was.

From then on‚ he raped her numerous times including at a dam‚ in a car‚ in the house and on a haystack outside someone else's house.

Magistrate Jan Cox did not mince his words as he described the attackers acts as an "appalling‚ perverse abuse of male power".

Meanwhile‚ the elderly man who had pleaded not guilty started to sob‚ wiping his eyes as he kept his eyes fixed on the interpreter‚ at times shaking his head in disbelief.

Cox highlighted that he had shown no remorse for his crimes.

Speaking to the probation officer‚ the man had reportedly claimed to have been "seduced" by the girl as he was lonely and she wanted money.

He claimed to have been the victim in the incident.

But on Thursday as the probation officer's report was read out‚ the accused disputed that he had ever said that.

The probation officer was called to the stand.

The accused's lawyer suggested that the probation officer could have misinterpreted what the accused had said but she maintained that he spoke proper and fluent English during their consultations.

The man had begged the court for mercy‚ stating that he was elderly and had a 16-year-old son to take care of.

Cox however‚ found that a suspended sentence‚ periodical sentence or house arrest would be inappropriate.

"Had the accused been younger‚ the sentence would have been different‚ " said Cox‚ suggesting that he would have handed him a life sentence.

He was instead handed a 15-year sentence for rape‚ five years for indecent assault‚ an additional five years for contravening the Child Act and another five for Crimen Injuria.

The indecent assault and crimen injuria sentences would run concurrently‚ meaning the man would effectively serve 20 years behind bars.

Cox said the courts would show no mercy for those who infringed on women's rights.

The court heard how the man's granddaughter was broken by the abuse she suffered. She was labelled a problem child and had attempted to commit suicide.

The woman came out about her ordeal six years ago after being encouraged by her boyfriend.

The case dragged out for six years in the courts before being finalised.

Speaking to reporters after the proceedings‚ the beaming young woman seemed relieved.

She vowed however‚ that she would never forget nor forgive the man she had regarded as a father.

She was emotional as she told reporters that she was moved when the magistrate meted out a heavy sentence.

The old man's lawyer had on numerous occasions made reference to the rape and sexual assault trial of former tennis champion Bob Hewitt.

In 2016‚ 76-year-old Hewitt started serving a six-year sentence for raping two of his students and sexually assaulting another in the 1980s.

Cox‚ however‚ said the circumstances were different as the accused in this matter was a father figure to the victim.

Heading down to the holding cells of the court‚ the elderly man with a dark brown hair appeared bewildered as he waved goodbye to his daughter.

They held his hand as he walked down.

He will serve his sentence in Modderbee Prison on the East Rand.