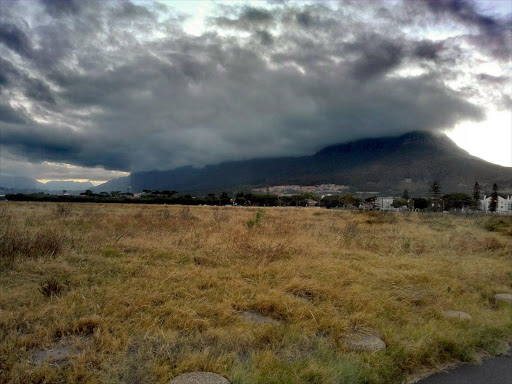 Only 499 notices have been issued to water guzzlers since the City of Cape Town implemented Level 3 water restrictions in December. This as thousands of people have been identified as excessive consumers of the resource.

Furthermore the city had no contingency plans if water were to run out. Instead officials pointed to the Department of Water and Sanitation (DWA) which is “responsible for consolidated water planning for the region”.

Of the issued notices‚ 16 were to appear in court‚ while the rest were notices of contravention of water restrictions.

The notices - which are issued as spot fines or based on evidence - come with fines which may be as much as R10‚000. Repeat offenders may face jail time.

Last week the city identified 20‚000 individuals who used excessive amounts of water‚ and promised to name and shame them before reneging on their decision.

Councilor for Water and Waste Services Xanthea Limberg‚ said that 212‚873 Water Management Devices (WMD’s) had been installed in mostly indigent households and were used to restrict water use to a certain level every day.

“They may [also] be installed at the homes of some of our highest consumers to help them manage their consumption should they fail to reduce it without assistance‚” Limberg said.

To date‚ the city has granted 3‚350 exemptions on water restrictions. Only 170 have since been revoked.

Regional Head for DWA‚ Rashid Kahn‚ said that although the department was the custodian of water‚ the municipality had a constitutional mandate to deliver water services. Kahn also said that even though the western parts of the Western Cape only had two to three months water remaining‚ the problem was being addressed.

“We don’t call it contingency‚ we call it top-up or adding water‚” said Kahn.

“We are taking water from Bergrivier and putting it into the Voelvlei dam‚ and we also have ground water systems on stand-by.”

Limberg said that even at current draw-down rates‚ it is unlikely that we would run out of useable water before June.

“Should we be able to meet the revised collective usage target of 700 million litres per day‚ current reserves are likely to last for 135 days‚ by which time we should have experienced significant rainfall‚” she said.

On Thursday Western Cape MEC for Environmental Affairs Anton Bredell told the Cape Town Press Club that the city’s current rate of population growth would mean that the demand for water would have surpassed the city’s supply by 2019.

“Given rapid urbanisation and inwards migration to the Western Cape‚ we expect an estimated 2 million more people to move into the province over the next 15 to 20 years. We must plan and implement now‚” Bredell said.