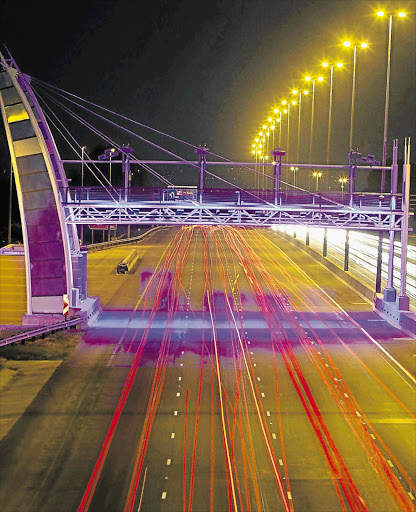 OVERHEADS: The contentious system of e-tolling is due to be implemented in Gauteng on Tuesday
Image: Picture: GALLO IMAGES

Gauteng premier David Makhura has admitted that his administration has not been able to find a concrete solution to e-tolls, years after the system was introduced to much resistance from the public.

Speaking in his state of the province address in Randfontein yesterday, Makhura said there had not been any progress in resolving the resistance Gauteng motorists displayed towards e-tolling.

"We have tried our best. The ultimate solution can only come from national level. We will continue to engage in order to represent the interests of our residents," said Makhura.

The premier said the province was mobilising resources for public transport infrastructure.

"We will ensure that we don't commit the same mistakes done with the e-tolls. We can't build roads and only later inform citizens that they must pay. In fact, there will be no e-tolls on our new roads," he said.

E-tolling was introduced by national government in December 2013 to foot the multibillion-rand bill for the Gauteng Freeway Improvement Project.

Makhura also announced that proceeds from the sale of the premier's official residence would go towards funding the higher education of 40 academically deserving students in Gauteng over the next three years.

The mansion in Bryanston sold for between R16-million and R17.75-million. The final purchase price was not made public.

Makhura also told the legislature that Gauteng needed to create at least 600,000 new jobs before 2019.

He said interventions such as direct interaction with business leaders and tertiary education institutions would assist in unlocking employment and empowerment potential of key sectors in the province.

"Together with industry leaders and municipalities we are identifying and addressing local impediments that hinder the growth in employment, empowerment and exports.

"We are doing it in partnership with the economists from the University of Johannesburg and the Gordon Institute of Business Sciences," added Makhura.

The premier also urged political parties not to use the recent Life Esidimeni tragedy to settle old scores.

"The families have made an impartial plea that all politicians and political parties, that none of us should use this tragedy as a political football because this prolongs their pain," said Makhura.

More than 1000 psychiatric patients were transferred from Life Esidimeni facilities to 27 NGOs around the province in an apparent bid to save money. More than 90 of them died.