Traditional healer convicted for murder of woman with albinism 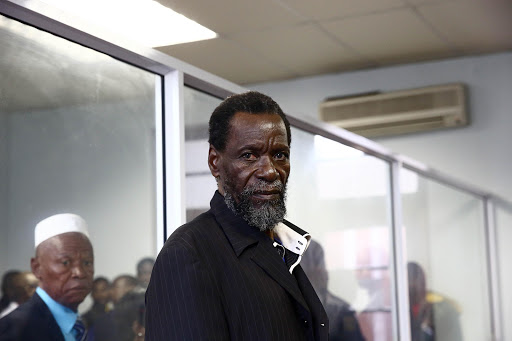 A traditional healer has been found guilty of being the mastermind behind the gruesome murder of a woman with albinism whose genitals‚ hand and other body parts were mutilated for muti.

Archbishop Bhekukufa Gumede‚ 67‚ a leader of the New Star Church in Zion‚ which has 15 branches across South Africa‚ was convicted in the Mtubatuba High Court in northern KwaZulu-Natal on Tuesday.

He will be sentenced on Wednesday morning and is facing the prospect of a life sentence for the horrific murder of 20-year-old Thandazile Mpunzi in August 2015. Three men he hired to kill Mpunzi are already behind bars after pleading guilty to the murder.

Clad in a black striped suit‚ a matching striped black shirt and shiny black laced shoes‚ Gumede‚ from Manguzi on the border of Mozambique and South Africa‚ cut a forlorn figure in the dock while staring at the judge and the court interpreter during the judgment.

He showed no emotion as Judge Themba Sishi delivered his three-hour long judgment in the small court packed with his family members‚ those of his victim and members of the community.

The judge said the court was satisfied that the evidence given by the two witnesses Mandla Mabuza and Lindokuhle Khumalo‚ who are both serving 20 years for the murder‚ was consistent and not contradictory.

“The two witnesses were consistent in their evidence‚ were not shaken and did not contradict themselves. I have no reason to doubt their evidence. I found them to be reliable. Based on the evidence before the court‚ the court finds you guilty as charged‚” said the judge.

Gumede promised to pay Mabuza‚ Khumalo and Siyabonga Gwala‚ who was also sentenced to 18 years for the murder‚ R25‚000 in cash if they successfully executed the plan of killing Mpunzi.

The witnesses testified that Gumede had told them that he wanted a person with albinism as he wanted the body parts of such a person to make muti.

Gumede also instructed them to use muti on themselves so that their plan would succeed.

The judge said Gumede did not just instruct them how to kill the victim “but also told them how she would be killed”.

The court heard how Gumede instructed the three men to “put a silver coin into her mouth” and say some words which would make the victim powerless.

He also instructed them to kill the victim with their own hands by twisting her neck until she died. He also told them which body parts he wanted once they had killed her. These included her private parts and her hand.

After the men had killed Mpunzi‚ Gumede gave them R200 which they used to drink the whole night to help them forget about what they had done.

Gumede also gave them herbs to cleanse themselves for killing a person. The next day the body was dismembered and Gumede took the parts and put them in a bucket and others in plastic bags. The remains were buried in a shallow grave.

The blood-soaked clothes the woman was wearing on the day of the murder were also buried in a shallow grave near the home of one of the three men.

But the three men told the court that they never saw Gumede after the murder as he was not home. But when rumours surfaced that the police were looking for them‚ he gave them another R200 and told them to disappear and they never saw him until they were arrested.