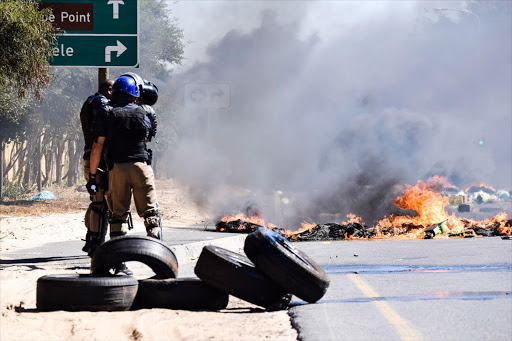 Violence erupted in Masiphumelele near Fish Hoek yesterday as residents clashed with police after the failure of an attempted land invasion.

Police did not arrest any of the protesters but violent protest led to the temporary closure of Kommetjie Road. City of Cape Town safety and security mayoral committee member JP Smith said that protests had been brewing since Saturday.

“They set fire to the wetland again.

We had to get a lot of law enforcement and other staff to protect the firefighters,” said Smith. Smith said a land invasion had been averted with law-enforcement officers on duty throughout Saturday and yesterday.

Western Cape police spokesman Lieutenant-Colonel André Traut said the police had been deployed to maintain order in the area. “No one has been arrested. [The protest was because of] a housing dispute, ” he said.