New loo is water-wise and flush with praise 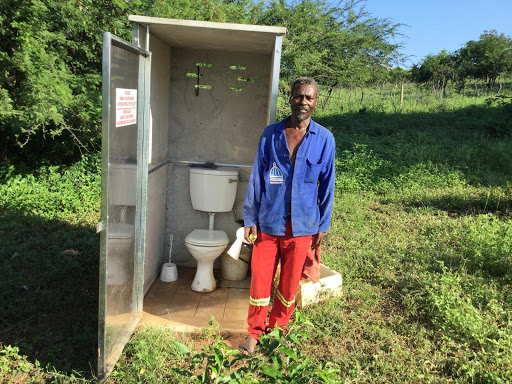 Say bye-bye to pit latrines and hello to the latest village toilet, the Lali Loo, which even has President Jacob Zuma excited.

But a KwaZulu-Natal company, Sanitation Solutions, with branches in other provinces, has come up with a water-saving ceramic flushing toilet that could be the answer to sanitation problems in rural and peri-urban areas.

The Lali Loo derives its name from the Xhosa word ilali ,which means a village. The loo can be used where there is no sewerage infrastructure.

It was one of the innovations on display at the World Water Summit and Expo in Durban last week.

Zuma took some time, after receiving the UN World Water Development Report 2017, to inspect the toilet and was full of praise.

The Lali Loo has been piloted in Zuma's home village of Nkandla, in former president Nelson Mandela's Qunu village in Eastern Cape, Khayelitsha in Cape Town, Sekhukhune in Limpopo, and Botshabela in the Free State.

It uses just 1.5l of water to flush compared with the normal seven to nine litres per flush. It also has an optional 50l reservoir tank that provides 33 flushes. The tank can be used to store rainwater or grey water from bathing, washing clothes or dishes.