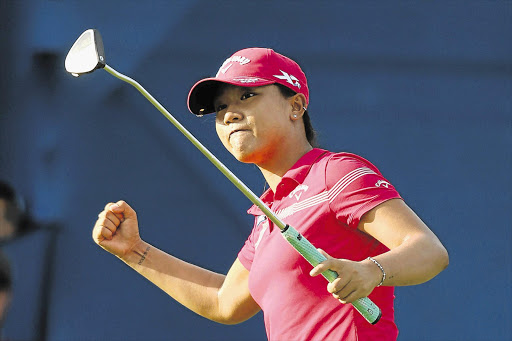 ONE FOR THE GIRLS: Golf's return to the Olympics is everything for female golf, offering the promise of the publicity, sponsorship and raised purses for top golfers such as Lydia Ko of New Zealand.
Image: JORGE LEMUS/NURPHOTO VIA GETTY IMAGES

South African caddie Gary Matthews has criticised women's world No 1 Lydia Ko after being fired by the New Zealander's camp after only nine events.

The ninth caddie in Ko's short playing career, Matthews parted ways with the 19-year-old after the Lotte Championship in Hawaii over the weekend, where she finished joint runner-up behind winner Christie Kerr.

"I wish her the best. But she's gone through so many caddies; she needs to wake up on caddie-player relationships," Matthews, a former bag-man to US Masters champion Sergio Garcia, told Golf Digest.

Ko, who worked with seven caddies as an amateur and rookie on the professional tour, sacked her previous bag-man Jason Hamilton in October when in the midst of a form trough, ending a nearly two-year association that yielded 10 wins and two major trophies.

Although hired on a trial basis, Matthews said he was surprised and puzzled by his dismissal, having thought he had earned the role full-time earlier in the season.

South Korea-born Ko, whose parents are a near-constant presence on tour, also parted ways with renowned swing coach David Leadbetter in December after a three-year association.

Leadbetter later told the media that it "wasn't easy coaching three people" and felt the golfer's parents were putting too much pressure on their daughter.