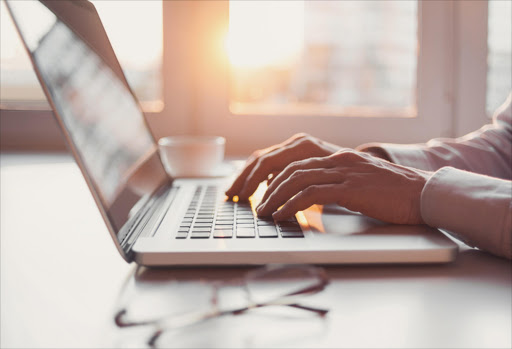 Huffington Post SA has managed to track down the real author of a blog post titled “Could it be Time to Deny White Men The Franchise?” which was published on the news website last week.

The author‚ Marius Roodt‚ submitted the piece under the pseudonym Shelley Garland – and the post went viral.

The blog caused a public outcry on social media due to its content‚ which argued that white men were to blame for “some of the biggest blows to the progressive cause”‚ citing Donald Trump being elected as US president and the UK’s Brexit vote. The “progressive cause” could be strengthened by denying white men the right to vote.

Verashni Pillay‚ HuffPost SA’s editor-in-chief‚ came under serious fire and some critics called for her resignation.

The blog was taken down and can now only be accessed through archived internet files.

In another story‚ published on Wednesday night‚ HuffPost SA detailed an interview it conducted with Roodt in which the publication states it “published the blog without verifying the author’s identity or the veracity of the claims made in the piece”.

The 37-year-old Roodt was a researcher at the Centre for Development and Enterprise (CDE) in Parktown‚ Johannesburg.

HuffPost said it tracked him down by digitally tracing the email address used to submit the blog‚ and using facial image recognition technology to match a Facebook profile picture to a photo of Roodt.

He resigned from the CDE on Wednesday‚ HuffPost reported. “I’m sorry‚ I didn’t mean for it to go where it did‚ there was no intention to go after Verashni. I sent it to Daily Maverick first. It had nothing to do with Verashni or the fact that she’s a woman or anything like that‚” the HuffPost article quoted him as saying.

“I just thought you can say almost anything you want ... not necessarily attacking white men. I think there is a lack of fact-checking in South African journalism. I thought‚ would it work? And it worked. In hindsight I wouldn’t have done it‚ I didn’t think it would get this big‚” Roodt said.

Roodt said he didn’t target HuffPost and his main motivation was “the lack of fact-checking in journalism”.

Roodt told HuffPost’s editor-at-large Ferrial Haffajee that a lot of planning went into his “guerrilla action”‚ including creating Shelley Garland‚ writing the blog‚ creating a fake email address and leaking the backstory to a podcast.

The HuffPost piece was accompanied with a 9-minute video of the interview‚ which shows Roodt speaking with Haffajee and deputy editor Pieter du Toit.