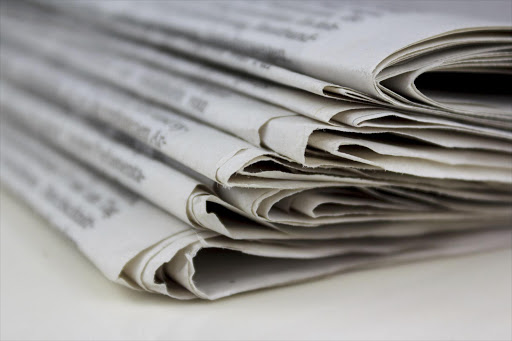 A blog calling for white men to be disenfranchised‚ published by news website The Huffington Post SA‚ was discriminatory and constituted hate speech‚ press ombudsman Johan Retief found on Saturday.

The publication was ordered to publish an unreserved apology for its "serious misconduct" – the most serious breach of the press code of ethics.

“Let me be short and sweet: If disenfranchisement of anybody (whether white males or black females for that matter) is not discriminatory‚ the meaning of discrimination should be redefined‚” Retief wrote in a hard-hitting 14-page finding.

“I do not believe for one moment that such discriminatory and denigratory opinions can be described as being in the public interest – especially given this country's history of its struggle for liberation.

“To disenfranchise a section of the population once again would indeed represent a huge step backwards – one that may have some serious unforeseen consequences.”

The finding follows multiple complaints lodged since the blog appeared on the Facebook page of the Huffington Post website on April 13 under the headline “Could it be time to deny white men the franchise?"

Retief lambasted the Huffington Post for not verifying the true identity of the blog author‚ who turned out to be 37-year-old white male Marius Roodt. Roodt submitted the piece to various news publications using the pseudonym Shelley Garland‚ claiming to be a student activist currently completing a degree in philosophy.

Retief rebuked Huffington Post SA editor-in-chief Verashni Pillay for initially defending the blog following the public outcry. Pillay claimed the blog was "pretty standard for feminist theory" and that there was "nothing in the article that should have shocked or surprised anybody".

Pillay subsequently distanced herself from the blog‚ which was removed from the Huffington Post site: “We have immediately bolstered and strengthened our blogging procedures that‚ until now‚ have operated on the basis of open communication and good faith. From now on‚ bloggers will have to verify themselves‚” Pillay said.

However Retief's ruling means the publication must also publish an unreserved apology which points out that the published text was malicious‚ inaccurate‚ against the public interest‚ discriminatory and denigratory‚ amounted to hate speech‚ and "impaired the dignity of reputation of many people".

Retief criticised Pillay's handling of the matter‚ and said her online comments had created the impression that she (and the publication) had "no serious problems with the content of the blog" and that the major error had been Roodt concealing his true identity.

“The main problem with the blog was 'internal'‚ not 'external' – it was not a fault in the system‚ as Pillay alleges (as a decision was made to publish the blog – it did not just slip in by itself); if was not an accident‚ it was a mistake made by the editor and her editorial team‚” Retief said.

Pillay this week did publish a partial personal apology on the site‚ insisting she did not hate white men: “I did not make it clear enough in my initial response that I absolutely do not agree with the disenfranchisement of any group of people.”

However an unreserved apology did appear on the website on Saturday‚ from Andreij Horn‚ head of 24.com‚ a division of Media24 which owns Huffington Post SA.

Horn said the company regretted the incident: "A number of in-depth interventions will be‚ and in some instances‚ have already been‚ implemented to address processes and attitudes that caused this situation. The investigation into the incident is at an advanced stage and will be concluded early next week."