Junk not a disaster for SA, says Manyi 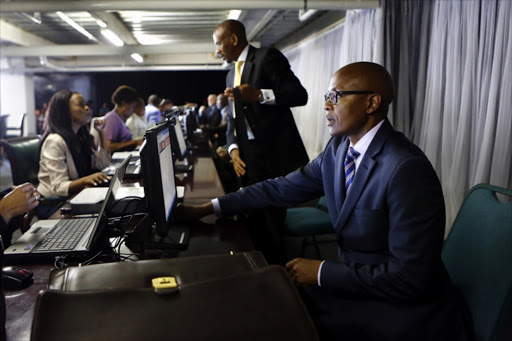 South Africa's downgrading to junk investment status is not the catastrophe it is made out to be, says Mzwanele Manyi.

Manyi, a businessman and former government spokesman, is known for his outspoken views on "white monopoly capital" and the need for "radical economic transformation" expressed on social media.

In an interview this week he shared some of his views on the economy, the cabinet reshuffle and an "ailment" he diagnosed as "Guptaphobia".

Although acknowledging that junk status was "not good", Manyi said there had been an "overreaction" to the downgrading.

"Junk status is not this catastrophic thing that people have defined it [to be]. It's disingenuous to say it will affect the poor.

"Yes, it will affect the poor, but it's disingenuous to use that when in South Africa we have a history of not being in junk status but poverty has never come down," he said.

Manyi is president of the Progressive Professionals' Forum and believes that fundamental change can be achieved only through "radical economic transformation"and pursuing an economy that is inclusive of the black majority.

"On the night of the [cabinet] reshuffling I was excited. I welcome the reshuffle.

"We need a critical mass of black people at top positions. Everyone must have a stake in the economy," he said.

"The current system has produced nothing; it has stalled economic growth. This system has created a nanny state, with millions of people depending on grants. It is not sustainable."

Asked about his relationship with the Gupta family, he said they were "getting a raw deal in South Africa" and had not been found guilty by a court.

Their real crime, he said, was disrupting the interests of white monopoly capital.

"I am not Guptaphobic and I would like people to be cured of that disease," he said.

Manyi is opposed to the Financial Intelligence Centre Amendment Bill.

"We have enough laws in the country that deal with criminal activities, therefore we do not need the Fica Bill to arrest anyone," he said.