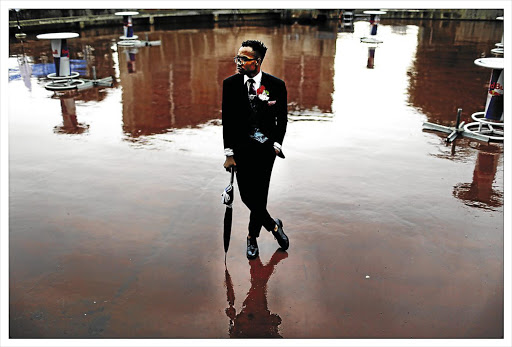 We need better tools to measure the quality of life in African streets, writes Lesley Lokko

Like it or not, we measure the success (or failure) of cities according to broad principles of urban culture inherited largely from the West.

This includes quantitative data: infrastructure, transportation, access to health care, education, amenities, and so on. Harder to measure, but no less important, are "other" factors like a sense of belonging, community, identity and history.

What makes a good city? Or what makes a city "good" as opposed to "bad"?

In the past 30 years or so, measuring urban success has become an industry in its own right. There are many companies willing to answer that question. They use a mixture of factors that include political stability, economic performance, environmental issues, safety and security, transportation and public services. Add to it more nuanced indices like inclusion, diversity, multiculturalism and choice.

Perhaps unsurprisingly, in 2017, European cities dominated the top 20, with Singapore, Tokyo, Melbourne and Auckland also in the mix.

African cities are always in the bottom quartile of every survey, from Mercer's Quality of Life Index to the UN's World Cities Report. Johannesburg, Cape Town, Port Louis and Durban are the continent's highest-ranked cities. In Mercer's 2016 index, Accra, the capital city of Ghana, Africa's first independent nation, is at number 166, one slot ahead of Riyadh and one behind Cairo.

Partly because Accra and Johannesburg are the only two African cities I can claim to know in detail, and partly because they represent two very different versions of a contemporary African city, this article looks at their slow climb up the urban food chain.

Accra and Johannesburg are roughly the same age. Gold was discovered just outside present-day Johannesburg in 1884, triggering the rush that founded the city. The British declared Accra the colonial administrative capital of the Gold Coast in 1877, both events occurring within a decade of each other.

Today, metropolitan Johannesburg's population is around 5 million, whilst Accra's is just over 2.5 million. Johannesburg's brand identity, prominently displayed in its media image, is of a "world-class African city". Accra makes fewer claims to "world-class" status, but in 2016 was awarded the title of Africa's "most expensive city".

Companies such as Mercer Consulting, Moody's, Fitch, Standard & Poor's, CNNMoney.com and PricewaterhouseCoopers cover almost every conceivable inch and index of global urbanity. It's mostly according to the indices mentioned above.

Yet the lived, daily-life experience of millions of city dwellers, particularly in sub-Saharan Africa, is hardly, if ever, captured by this data. So who is this data actually for?

There's an important clue on Mercer Consulting's website: "These rankings indicate differences in quality of living factors affecting expatriates in popular assignment destinations. These rankings shouldn't be used as the basis for determining hardship premiums, as many complex and dynamic factors must be taken into account."

Among the indicators used in determining the "value" of a given global city, the price of groceries, transport, utility bills, restaurants and rent are seen as benchmarks. But this says next to nothing about wages, recreation (other than restaurants), local class structures, social patterns, language, and even "local" culture, most commonly described by expatriates as "traditions".

Multinational expatriates may not be the site's only users, but they're certainly its target market. Presumably, then, the true purpose of the index is to work out how much to pay the average Briton, European or American in far-flung exotic or dangerous locations.

Ghana is classified by the World Bank as a lower middle-income economy with a per capita GDP of $1100.

In principle, citizens of Accra, Kumasi and Takoradi (Ghana's three largest cities) should be entitled to expect at least a reasonable quality of urban existence in line with their own aspirations and ambitions.

One of the least talked-about issues in African city-making discourses, however, is precisely what these aspirations and ambitions are, should be ... or even could be.

Expatriate expectations (and their salary scales) hardly ever take local realities into account. For your average Ghanaian, going to a funeral or visiting extended family relatives at the weekend may be infinitely more socially rewarding than sitting in an air-conditioned restaurant à deux, listening to piped muzak.

Shopping for food in an open-air market where prices can be negotiated may be more convenient than going to an impersonal mall. Yet funerals and roadside markets don't feature anywhere on any urban index.

Given Accra's current position (166), alongside the vast majority of other African cities, whatever local aspirations and expectations may be, they are neither being articulated nor met.

At the "other" end of the scale is Johannesburg, an African city unlike any other. Narrowly within the world's top 100, it's a city undergoing enormous changes, although, like Accra, the pace of transformation is often perceived by its citizens to be too slow.

By and large, South African cities are closer in form, behaviour and appearance to their "world-class" counterparts - or at least those portions of the city that conform to the stereotype of ordered, well-organised and consensual urbanity. Informal settlements, squatter camps, inner cities, townships and rural landscapes are markedly different for complex historical, political and economic reasons.

Largely due to its demographic make-up, there's no real expatriate culture in South Africa (with the possible exception of Cape Town, which holds large numbers of non-resident Europeans and Americans).

In marked contrast to Accra, expressed as a percentage of the total urban population, middle-class Joburgers enjoy relatively easy access to a comfortably bourgeois lifestyle without the input or demands of expatriates.

The gentrification of inner-city Johannesburg has prompted much debate, including outcry. But the truth of the matter is that in a context where race and class have historically meant the same thing (you're poor because you're black and black because you're poor), it's neither possible nor productive to talk about gentrification in the same way as it is in London, New York or Paris.

Some of the up-and-coming inner-city neighbourhoods on which architects and urbanists pour such scorn are the few, if not only, places where young South Africans of all races freely mix.

Yes, they do so on the basis of bourgeois values and common class interests, but what's the alternative? Segregated cities? South Africans have had nearly two centuries of those: forgive a foreigner's assumption, but I'm guessing the answer is "no".

Both Accra and Johannesburg have some way to go before they make it onto anyone's top 20. Both cities have considerable challenges to overcome, not least the dramatic and desperate gap between rich and poor, haves and have-nots (which, certainly in most African cities, includes the gap between locals and expatriates).

But inequality is not a uniquely African problem - neither are intolerance, immigration and displacement.

As we've seen only too dramatically in the past year, these are issues that continue to confound and confront cities across the globe. Developing more nuanced tools and yardsticks to measure the health and wealth of African cities may be more useful to the rest of the world than we currently acknowledge.

Lesley Lokko is an associate professor of architecture at the University of Johannesburg.

This article first appeared on The Conversation Africa