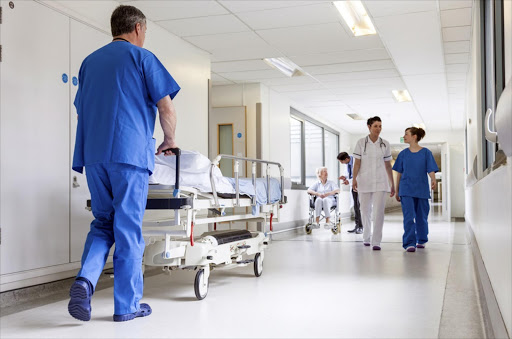 Some medical students who completed their degree last year are at their wits’ end over what they say are a lack of opportunities to do their compulsory internship.

A 28-year-old medical student from Stellenbosch University‚ awaiting a placement to do her internship‚ said she was phoned about a position but pressured into deciding immediately.

“I have received many of those phone calls‚ many people are saying that we are being full of nonsense and that we should just take the posts but I feel this is two years of my life‚ where I have to leave my family. I come from a staunch Muslim family but my family is willing to let me go because we don’t have an option.”

The student‚ and others interviewed‚ asked not to be named for fear of reprisals. “The way things are going now‚ you are so afraid to put your name out there‚” she said.

The department of health said that “about 25” students were yet to be placed in hospitals this year‚ mainly because they wanted to do an internship at a particular institution. About 1‚300 graduates who qualify as interns must be placed each year.

Business Day reported on Wednesday that limited funding for intern posts had left nearly 100 medical graduates without jobs. The situation could get worse after more than 1‚000 graduates return from studying in Cuba.

Wits graduate Grant Penman (not his real name)‚ 25‚ is close to throwing in the towel. “[By late last year] the department of health contacted all the remaining students who had not yet been placed and placed us on a WhatsApp group. There are about 100 of us on this group.

“One of the hospitals I had been offered didn’t have a registrar allocated to it … which seemed ridiculous that I’d be going to a hospital that didn’t have any emergency facilities. There would be massive gaps in my training if I went there‚” he said.

“The ups and downs and emotional turmoil of this is really harrowing. I know of friends who have started taking medication because they were having anxiety attacks all because of this‚” he said.

Another graduate from Stellenbosch is now working in the retail sector. “We study for six years to become a doctor but we cannot do anything with the degree until we do the two year internship and one year community service. You have to do both to be an independent practitioner in South Africa. At this point I have studied for six years but my degree is meaningless because I need to do the internship and community service.

“I am not the only one in this position. There are about 100 of us still waiting on placement to do our internship.”

Department of health spokesman Joe Maila said‚ “We placed everybody that wanted to be placed at the time. There are about 25 or so students that did not want to be placed in a particular province. Those who aren’t placed … it is simply because they chose to work at a particular hospital and nowhere else.”

Maila said students should not be pressured to make snap decisions. “It is not our policy. It is not human. You cannot make a life-changing decision in two minutes. It should not happen‚” he said.

While he understood that some students had to discuss placements with their families‚ he said internships were offered where the opportunities were.

“We are not accusing anybody of being picky. We are telling the students where the opportunities lie but some simply refuse and are absolutely resolute in where they want to do their internship”.

Western Cape chairman of the Junior Doctors’ Association of South Africa‚ Zahid Badroodien‚ said not all students had been placed in two consecutive years.