Lions on the loose in Mpumalanga 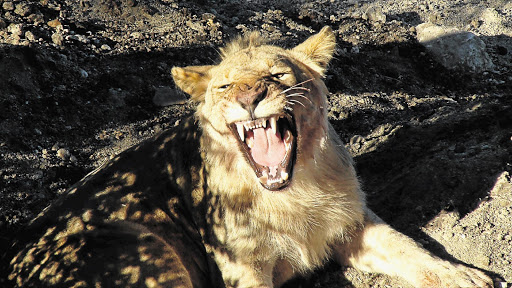 ROAR DEAL: It's a lazy day in the Serengeti for a well-fed lion
Image: Dorothy Grist

Five lions are reportedly on the prowl on the N4 in the Mananga area, Mpumalanga police said on Monday.

The area is between the South African and Swaziland border on the outskirts of the Mpumalanga province, said Brigadier Leonard Hlathi.

The predators reportedly escaped from the Kruger National Park.

Hlathi said rangers were in the area, searching for the lions.

"We are just informing people in that area to be aware about it," Hlathi said.

The Mpumalanga Parks Board could not be immediately reached for comment.