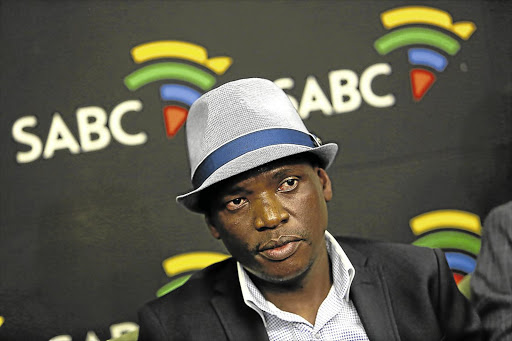 A cash strapped SABC has admitted in Parliament that it is not only facing a financial crisis but its flagship commercial television and radio stations are fast losing audiences.

SABC acting CEO James Aguma said “internal dynamics” like negative news stories were also playing a major role in the corporation's woes. Agama was presenting the SABC’s corporate plan for the 2017/18 financial year before the communications portfolio committee on Wednesday.

He also acknowledged that the 90% local content policy‚ which was unilaterally implemented by former COO Hlaudi Motsoeneng last year‚ had cost the public broadcaster dearly.

The big losers‚ he added‚ were commercial and flagship radio stations Metro FM‚ 5FM and Goodhope FM‚ in addition to television channel SABC 3‚ which all showed a decline in audience.

He said the main reasons for the underperformance in revenue could be attributed to key factors like a drop in advertising spend by both local and multinational clients.

“The 90/10 local music quotas ... had an impact of R29 million on radio and R183 million on television‚” said Aguma. The losses could climb further as the figures were still being revised.

Febe Potgieter-Gqubule‚ a member of the SABC interim board of directors‚ said they wanted Aguma and his team to present them with a strategy of how to reverse the loss of money and audience stemming from the 90/10 local content issue.

“We need to know what is (the) strategy to reverse loses we’ve made and do it systematically station by station‚” said Potgieter-Gqubule.