Quaggas come back to life 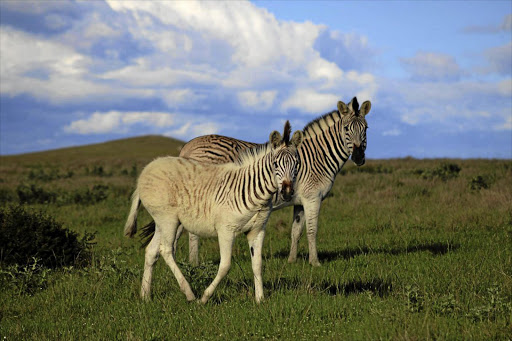 SECOND CHANCE: The Rau quaggas project aims to right the wrongs after more than 130 years of extinction
Image: SUPPLIED

Brought back from extinction, three Rau quaggas - a subspecies of the zebra - were recently auctioned for R580,000 each.

An ordinary Burchell's zebra sells on auction for less than R10,000.

The once extinct species of zebra, which misses stripes on the back half its body, is making a comeback, thanks to 30 years of selective breeding by volunteer farmers using zebras with fewer stripes.

About 150 years ago quagga zebras roamed the Karoo before farmers wiped them out as they competed with sheep and goats. The last known wild quagga died in 1880.

In the 1960s German scientists suspected that the extinct quagga with brown stripes and plain rumps was not a separate species of zebra, but rather a subspecies of the Burchell's zebra.

In 1972 Reinhold Rau proposed that the quagga be revived in South Africa through selective breeding using zebras with lighter-coloured rumps. His idea was not met with much enthusiasm.

It was only after he had dried tissue samples from a stuffed quagga sent to California in 1980 that he was able to prove his hypothesis - that the quagga was not a unique species.

Rau dedicated his life until he died to reintroducing the quagga to South Africa.

The first quagga project foal was born in 1988. There are now 143 quagga-like zebras in South Africa, with 1300 zebras born in the project in the past 30 years.

There are five extremely quagga-like species, which are the fifth- generation zebra from this project called Rau quaggas in honour of Rau.

One of these, Khumba, can be seen on the slopes of Devil's Peak in Cape Town.

Project spokesman March Turnbull said: "The project is seen as righting a wrong."

He said the money made from the recent auction, the first time quaggas have ever been sold, would be used to accelerate the breeding process by creating two to three "super herds" consisting of the most quagga-like species.

"I think there are very few wildlife breeding projects like this in the world that have 30 years of breeding records," said Turnbull.

Speaking about the name Rau quagga, he said: "We are not arrogant. We don't know that these zebra are quaggas. We only know what the extinct quagga looked like, not what sounds they made or what behavioural characteristics they exhibited."