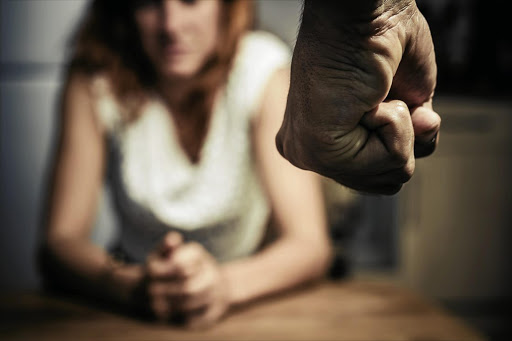 LOOMING THREAT: How must it feel to be a woman watching out for us?
Image: GETTY IMAGES/ISTOCKPHOTO

In the midst of a slew of recent incidents involving intimate partner violence‚ a new Stats SA study indicates that one in five women report experiencing violence at the hands of a partner.

Last week‚ the country was rocked by the news of the death of 22-year-old Karabo Mokoena. Her boyfriend has been arrested in connection with the incident.

In the wake of the news‚ social media was awash with women's personal stories of abuse.

The study found South Africa's poorest women to be the most susceptible. Violence rates were lowest in marriages‚ and highest among women who were divorced or separated.

The Stats SA report‚ which delves into various areas of the population's health is the first to be published since 2003. Statistician-general Pali Lehola said they hoped to conduct the study every five years going forward.

While the data indicates that South Africa's fertility rate is declining‚ teenage pregnancy remains a problem in the country. Lehola said that by age 19‚ 28 percent of girls have started having children. Among these‚ one third are girls who have not completed primary school. Health minister Aaron Motsoaledi said teenage pregnancy was an issue across the continent. He said that modern forms of contraception like the sub-dermal implant were seeing high uptake‚ and 800 000 of these had been done since their introduction into the public health sector in 2014.

South Africans are still having unprotected sex‚ with multiple partners. Men were found to have an average of 15 sexual partners in their lifetime‚ while women had four However‚ in cases where women had two or more sexual partners in the previous 12 months‚ 58% had reported using a condom. While in men‚ 65% reported using a condom in the same instance.

Infant mortality had decreased by 20 percent‚ and child mortality by 28% between 1998 and 2016. One persistent problem remains stunting‚ with one in three boys and one in four girls under the age of five suffering from stunted growth.

The survey also found that 68% of women in South Africa are obese‚ compared with about one-third of men. The highest obesity rate is among wealthy women.

Smoking is most prevalent among coloured men and women‚ however Motsoaeldi said he was pleased to see from the survey results that smoking as a whole had decreased since 1998‚ pointing to the effectiveness of government's anti-smoking policy. The number of men who smoked daily declined from 37 to 30 percent over the period‚ while women who smoked daily declined from nine to six percent.

Motsoaledi also said the study had pointed out an immediate area of concern as the number of children in Mpumalanga who had received no vaccinations (10%) was double the national average.

"Just a month ago‚ I met with the immunization team and they told me that for polio vaccines‚ Mpumalanga placed number one so I need to know why they are down with the other vaccinations when they are doing so well with polio."