Traditional cut is a blunt instrument in war on HIV 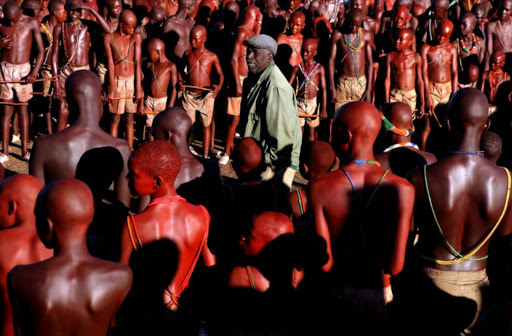 An elder gives last advice to initiates during their graduation ceremony at Sebayeng on July 17, 2016 in Polokwne.
Image: Gallo Images / Sowetan / Sandile Ndlovu

The question of whether men snipped in the bush are more at risk of HIV than those who go under the scalpel has reared its head again.

Research conducted among thousands of men in Lesotho has found that “traditionally circumcised men are more likely to be HIV positive compared to men who underwent voluntary medical male circumcision”.

The traditional method does not completely remove the foreskin‚ which harbours cells targeted by the virus‚ the study says.

The research‚ published in the academic journal PLOS One‚ says 90% of circumcised Lesotho men had the surgery done the traditional way‚ which is widely practised in South Africa.

“Depending on how the surgical operation is performed‚ male circumcision may not be protective in the prevention of HIV transmission‚” says Elisa Maffioli‚ from the Duke Global Health Institute in North Carolina‚ US.

“Traditional male circumcision‚ for example‚ does not often involve complete removal of the foreskin‚ but is more of a symbolic cut. A recent study of Lesotho Defence Force applicants showed that half of the men who reported that they were circumcised retained all or a portion of their foreskin.”

More than 3‚400 men were polled for the research. HIV prevalence in Lesotho is among the highest in the world‚ at 23.4% in adults between 15 and 49.

Presenting findings in 2008‚ French researcher Dr Bertran Auvert of Versailles University suggested that 40% to 50% of circumcisions in Southern Africa were “ritual” or “partial”.

HIV trials conducted in South Africa‚ Kenya and Uganda showed that only clinical circumcision could reduce the risk of males getting HIV‚ said Auvert.

“What I know is that not all who say that they call themselves ‘circumcised’ are clinically circumcised‚” he said.

“In fact their penises are completely intact.”

Inkosi Ngangomhlaba Matanzima‚ the chairman of the House of Traditional Leaders in the Eastern Cape‚ said he welcomed such research. But he dismissed the notion that traditional circumcision was merely symbolic.

“Traditional circumcision does not only mark a certain milestone in one’s life. It has always been about cleanliness as well‚ that was way before diseases such HIV and Aids.”