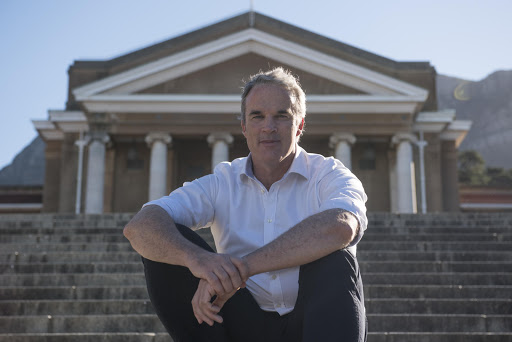 To his CV as an endurance swimmer and ocean advocate‚ Lewis Pugh can now add the title “professor”.

Pugh’s appointment as adjunct professor in international law at the University of Cape Town was announced on Wednesday‚ and he said he looked forward to working in the department where he gained a Master’s degree in maritime law.

After helping to negotiate last year’s creation of the largest protected area in the world‚ in the Ross Sea off Antarctica‚ Pugh said his UCT appointment was part of his continuing campaign to conserve oceans.

“I was always pulled by the world’s waters‚” he said on Wednesday. “As a young boy I was fascinated by naval exploration; as a young man I was drawn to swim in some of the world’s most challenging seas.

“But if I hadn’t put my head down and studied law‚ I would not have been able to do what I do for the oceans.

“Law taught me how to argue passionately and rationally — a balance that is key to being an environmental campaigner. I look forward to sharing my experiences in the field with students and colleagues at UCT’s law department‚ the place where my legal education began.”

Said Dean of Law‚ Professor Penelope Andrews: “Having a graduate like Lewis Pugh makes us enormously proud. Now that he is joining us as an adjunct professor‚ the staff and students will have the opportunity to engage with him on a regular basis. We will all benefit from his enormous experience and commitment to our planet and all who inhabit it.”

Pugh’s Ross Sea campaign required consensus among 24 countries‚ some of which had longstanding disputes with one another. The media dubbed his efforts “Speedo diplomacy”‚ since his cold-water swims are done wearing the briefest of costumes.