Attack without a strong defence is a recipe for rugby failure 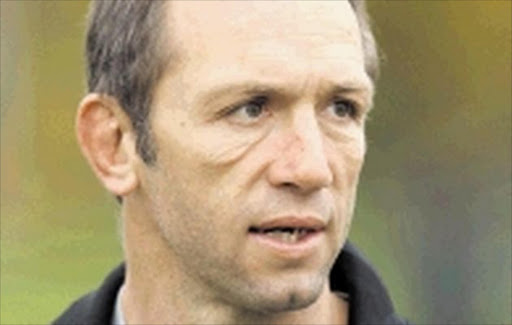 For a long time South African rugby proved highly competitive with a defence-minded style of play.

South African teams traditionally defended resolutely, kicked effectively out of hand and played off-channel one-ball possession. We subscribed to the notion that defence is the best form of attack.

As a consequence, our attacking game was criticised for being one-dimensional and toothless, because not enough time, effort and energy was expended on offence.

The Lions were the maiden South African team to develop their attacking shape when they were relegated from Super Rugby in 2013.

The Bulls and Stormers, historically defence-orientated teams, have since attempted to follow suit.

However, there is a reason why the Lions are the best team in the country, because they blend an incisive attack with a strong defence, possess a solid set-piece and a well-balanced kicking game.

Although the Stormers registered six wins in a row and appeared to be travelling down the right path, they came unstuck on their tour of New Zealand.

They leaked 24 tries and 155 points over three consecutive weekends. It's laudable that Stormers coach Robbie Fleck wants to stay true to his convictions of a ball-in-hand approach even when they don't get the desired results, but defence is the foundation of successful teams and it mustn't be neglected as they attempt to grow their game.

Meanwhile, it is evident that the Bulls have deviated from their traditional strengths and have battled to get the pendulum to swing back to the centre.

The Bulls are struggling and head coach Nollis Marais finds himself in the firing line.

Marais has come through the junior systems and giving him the boot won't solve the Bulls' problems.

I believe the answer lies in strengthening his hand until he can walk on his own.

Marais is only in his second season as a Super Rugby coach and needs to be mentored rather than shown the door.

It's a magnificent idea to allow Heyneke Meyer to be his mentor.

The former Springbok coach has been linked to a turnaround plan devised by the Pretoria-based franchise after suffering seven defeats from 10 starts.

The Bulls have a gem in the form of Meyer on their doorstep and it would be ludicrous if they were to miss out on the opportunity of him mentoring Marais for the remainder of the season.

If I were Bulls CEO Barend van Graan I would not hesitate to say: "Heyneke, please come and guide us during this process and mentor our young coaching group in order to attain future success."

However, if Meyer were to come on board on a consultancy basis, egos would have to be cast aside for the benefit of Bulls rugby.

Marais' assistants are by no means bad coaches, but he is in desperate need of experienced support staff - much like Allister Coetzee was last year at national level.

Meyer has a wealth of experience to impart, having overseen a winless Super Rugby campaign during 2002, which resulted in his dismissal, only to later return and guide the Bulls to Super Rugby glory in 2007.

Crucially Marais' position wouldn't be under threat because Meyer doesn't covet his job.

Meyer has been there and done it all before at the Bulls and is enjoying a new challenge in the corporate world.