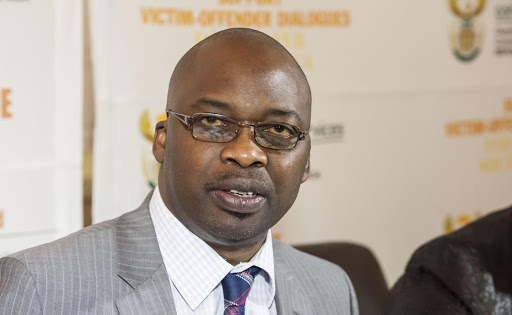 The Department of Justice is in the process of transforming state legal services to ensure a fair‚ non-discriminatory distribution of briefs‚ Justice Minister Michael Masutha has told Parliament.

Masutha said the department had asked Treasury to assist with the establishment of a "framework contract" that will ensure the fair distribution of briefs to advocates and private law firms.

Addressing the media ahead of his budget vote speech in the National Assembly‚ Masutha noted that in 2016/17 the department had paid about R781m to counsel‚ 79% of whom were historically disadvantaged individuals and 26% female counsel.

The minister noted that the sheriff's profession was also gradually becoming more representative. As at the end of February there were 268 practising sheriffs of which 189 were male and 79 were female with the overall percentage of black sheriffs totalling 62%.

Masutha stressed that government's fight against crime and corruption remained a key priority. By the end of March the Asset Forfeiture Unit had recovered R685m in respect of the corruption cases involving R5m or more.

By end December 2016 the Special Investigating Unit had recovered R126m. The SIU has started with a process to reactivate the special tribunal to expedite the finalisation of civil matters.