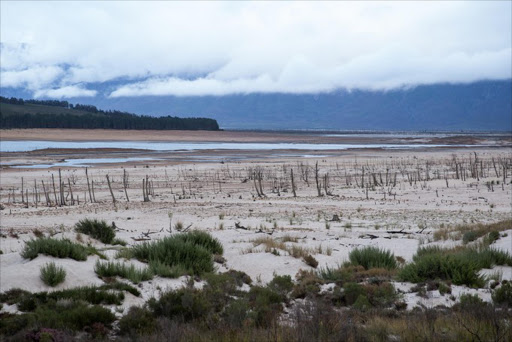 Premier Helen Zille has declared the Western Cape a disaster area due to the relentless drought.

In a statement on Monday‚ Zille’s office said the province would maintain this status for three months.

She said the drought was the worst since 1904.

“Funding will be re prioritised provincially and‚ should further assistance be needed‚ the province will approach National Treasury and the National Department of Water and Sanitation‚” said Mpofu.

Mpofu said the province’s immediate interventions will include “drilling of boreholes at hospitals‚ starting in the metro‚ to be followed by schools in high-risk water scarce areas."

The province will also be fast tracking the environmental impact assessment for testing a mobile desalination plant “using existing water inlet flows used for the reactors at the Koeberg site” and drilling into the Table Mountain aquifer.

“In the last year‚ at least R27 million has already been re-prioritised for interventions in areas which were declared local disasters. In January 2016‚ parts of the West Coast and Central Karoo were declared agricultural drought disaster areas‚” said Mpofu.

Mpofu assured the public that the declaration was no cause for panic.

“We urge all residents to continue with the current water saving measures and to adhere to restrictions imposed in their respective municipalities‚” he added.

The declaration comes a week after the City of Cape Town’s mayoral committee recommended a level 4 water restriction amid fears of a drier winter season in Cape Town.

City administration has also appealed for residents to use 100 litres of water per person‚ a day in the hope of saving more water.