'Call the Guptas to Parliament' 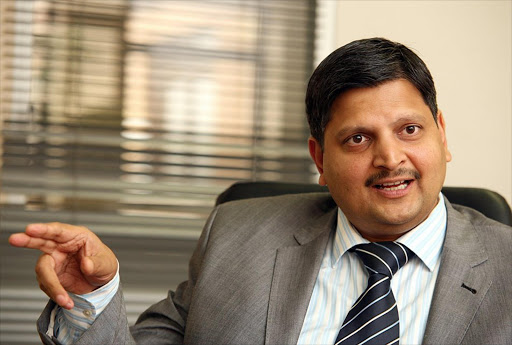 Exasperated ANC MPs are threatening to call the Gupta family to parliament as they lose patience in investigating the family's influence in procurement deals with state-owned companies.

The summoning of the Guptas was proposed by ANC MP Zukile Luyenge during an appearance before the parliamentary oversight committee on public enterprises of the state-owned arms manufacturer Denel yesterday.

The meeting was called to discuss the progress Denel has made in taking disciplinary action against three of its former top executives: CEO Riaaz Saloojee, CFO Michael Mhlotho and company secretary Elizabeth Africa.

The three left Denel last year after being suspended when they refused to comply with board instructions to facilitate joint ventures with Gupta-linked firms Denel Asia and VR Laser SA.

MPs said they did not understand why a state-owned enterprise needed "middlemen" to grow their businesses in the Middle East and other markets.

"We've heard that suppliers, or some of the service providers in Denel, are all owned by the Gupta family. If that is the case, have the right supply-chain processes been followed? If that's not the case, then why is this Gupta name not blacklisted? Why don't we take them onto a platform to say you are doing wrong in terms of the constitution?

"Let's just call these Guptas [to parliament] and they must tell us how they came to provide services at the level at which they are doing," he said.

Portfolio committees have the authority to summon anyone in terms of the Powers, Privileges and Immunities of Parliament Act.

The Gupta name was mentioned frequently when there-employment of Brian Molefe as Eskom CEO was debated before the committee on Tuesday.

Former finance minister Pravin Gordhan told Daniel Mantsha, the chairman of the Denel board, that the board had failed to demonstrate to the public that it had not been captured by "certain families".

"We need to be convinced how it is possible that out of all the entities that might be involved, an entity belonging to a particular set of families is always the one that we go to," Gordhan said.

But Mantsha denied the armsmaker had been captured, suggesting it was "fake news".

"All these perceptions are not borne out of facts. Most are as a result of fake news that is filling our country ... No, no, no, we run the business in the best interest of the republic ... we have not been captured at all," said Mantsha.

MPs have ordered Denel to submit due diligence reports that apparently advised against Denel's business ventures with Gupta-linked companies.