Body found on Table Mountain is a woman‚ police confirm 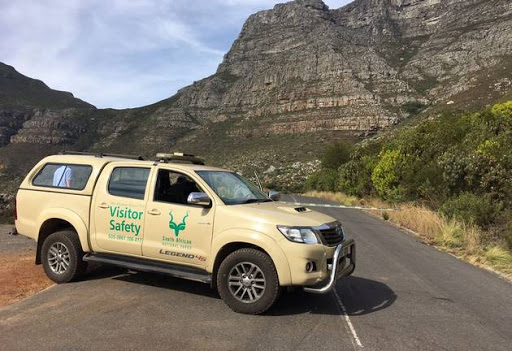 A Table Mountain National Park vehicle guards access to the place where a body was found on Tuesday.
Image: Ruvan Boshoff

Police confirmed on Tuesday afternoon that the body found earlier on Table Mountain was a woman.

The corpse was discovered in the same vicinity that Unicef associate director‚ Charlotte Nikoi‚ disappeared about 10 weeks ago.

“A post-mortem will be conducted to determine cause of death and identity. Our members and the SAPS Forensic Team are still on the scene.”

Nikoi‚ 50‚ from Ghana‚ was last seen on March 21 by her husband and youngest daughter when she was descending a steep hiking trail on Platteklip Gorge.

Extensive searches and inquiries have uncovered no information about what happened to the high-ranking UN official.

On February 19‚ the body of a hiker was found on Table Mountain by another hiker. The deceased man had disappeared while hiking at night on Platteklip Gorge