‘Acceptance is the hardest’: Heartbreaking letter from Franziska’s parents read out at murder trial 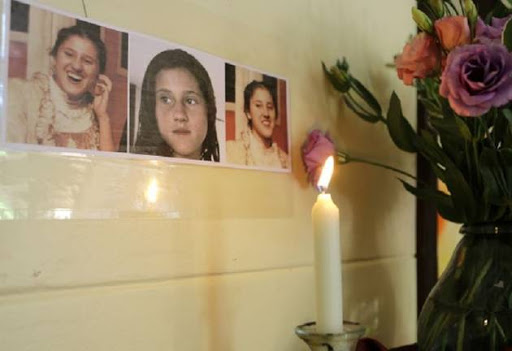 “We have moved house‚ changed schools‚ suffered through nightmares and insomnia‚ struggled with our marriage and feelings of blame and guilt‚ our belief in God has been tested.”

The parents of Franziska Blöchliger submitted a heartbreaking letter to the High Court in Cape Town on Wednesday after Howard Oliver‚ the man who killed their daughter‚ was convicted.

In the letter‚ read out by prosecutor Lenro Badenhorst‚ Florian and Shereen Blöchliger said they were still struggling with “grief and shock” more than a year after their 16-year-old was raped and murdered in Tokai forest.

“The loss of a child is almost indescribable. There's pain‚ there's sadness‚ there's anguish but acceptance is the hardest‚” the Blöchligers said in the handwritten letter penned on Monday.

“To know that your child suffered and needed you‚ that’s devastating. The loss of a child is the most traumatic experience. You lose a piece of yourself that can never be regained.”

The couple said their younger daughter‚ Sophia‚ “struggles daily with the loss of her big sister”. They added: “We are left with the eternal question of WHY? How could one human being do this to another? How could an adult do this to a child?

“The senseless murder of our beautiful Franziska can never be understood or explained. There can never be any justification for taking her life. Her family and friends are left with the eternal grief and loss.”

Judge Kate Savage likened the attack on Franziska to a “wolf stalking a man” and called on society to act and protect women and children.

“(Oliver) has through his conduct again made it plain to this court the urgency with which our society needs to act to protect women and children‚ across all communities‚ to ensure that they are able to enjoy their constitutional rights and freedoms to the full‚” she said.

The Blochligers’ last wish for their daughter — a life sentence for Oliver — may be delivered when court reconvenes on Thursday. “We only hope that the person responsible for this brutal act of violence against an innocent child is not allowed to walk free to hurt another person.”

The killer wept as Savage read her judgment. He exchanged glances with his wife and parents but did not speak to them.