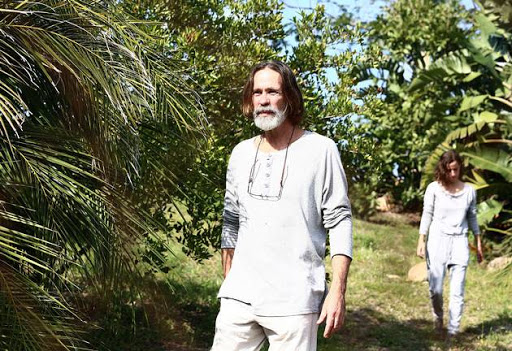 A controversial guesthouse owner in Sodwana Bay‚ in the far north of KwaZulu-Natal‚ faces a R50‚000 fine for comments he made last year about white people being superior to blacks.

Andre Slade‚ 54‚ made headlines last year when a email went viral of him confirming‚ in writing‚ that blacks and government employers were not allowed to stay at the Sodwana Bay Guest House.

Slade and his Slovakian partner‚ Katarina Krizaniova‚ 27‚ sparked further outrage in June 2016 for saying - in various radio and other media interviews - that “God's word” said whites were superior‚ that blacks were classified in the Bible as “animals”‚ and that whites had a “crown” on their heads which blacks did not have.

But these comments mean that he now faces a fine of R50‚000 and of having to make a formal apology – at least if the iSimangaliso Wetland Park and the KZN Department of Tourism gets its way.

The two organisations have taken the guesthouse and Slade‚ in his personal capacity‚ to the Equality Court. Not only are they demanding the fine and the apology‚ they also want Slade's comments to be officially classified as “hate speech” and as being an “impairment to the human dignity of African people and government employees” - and that his actions of refusing access to the guest house are “unfair discrimination on the grounds of race”.

In an affidavit sent to TMG Digital on Thursday afternoon‚ iSimangaliso CEO Andrew Zaloumis said: “As a registered public entity‚ [iSimangaliso] considers [Slade's] comments towards African people and government employees to be extremely humiliating‚ hurtful and discriminatory in the South African context. [Slade's] comments are‚ further‚ deeply demeaning and are invasive of the human dignity of African people and government employees.”

He added that Slade's comments and conduct amount to a “violation of the rights of African people and government employees to equality and human dignity”.

“It further amounts to unfair discrimination on the grounds of race‚” he wrote.

A second affidavit‚ written by Mirriam Mmaditonki Setwaba‚ the tourism department's chief director of legal services‚ said that Slade's comments also had potential to harm the country in the long term.

“The recent spate of incidents involving racism and hate speech across the country has caused huge public outrage. Given the history and strained relations between Africans and whites in this province and in the country in general‚ [Slade's] comments and/or utterances could have the effect of promoting further racial conflict and of propagating hatred between these racial groups.

It could also create violent retaliation‚ harm and general chaos by African people and government employees in general against members of the white community‚” she wrote.

Slade who has previously denied being racist‚ and said in January that he was preparing to sue the government and the media over their allegations of racism‚ said he received the court papers on May 24.

"We fully intend to defend this matter. Our defence is that our actions were based on our religious beliefs and not on racial grounds."

Slade‚ who is now unemployed‚ said he wasn't worried about the prospect of paying a R50‚000 fine.

"I am not concerned. There is no way we are going to lose this matter and I will not have to pay that fine." Slade's partner was arrested shortly after the racism controversy for allegedly being in the country illegally.

Slade‚ who says he and his wife are married according to their Hebrew beliefs‚ was only recently released from prison as she is a witness in two ongoing court matters‚ on condition that she apply for her passport.

"We are currently liaising with someone from the department of home affairs‚ but in the interim we are getting a permit from the court to confirm that she is needed as a witness in these legal matters."

The case will resume on June 20.