Saray Khumalo explains why climbing Mount Everest is so special 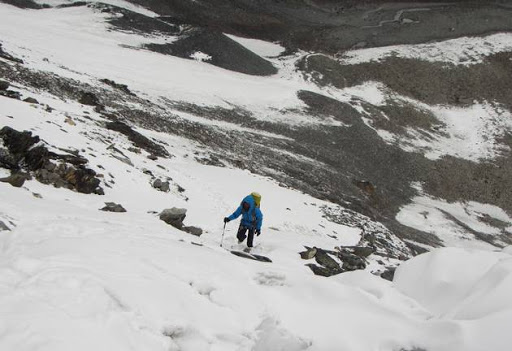 "I have found a sanctuary in the mountains."

It was third time unlikely for Saray Khumalo‚ who had hoped to plant the South African flag on Mount Everest to become the first black African woman to summit the world's highest mountain.

At the end of May‚ the Zambian born climber‚ who lives in Johannesburg‚ experienced difficulties when she climbed from the South Col (Camp 4) to the summit and had to be evacuated to a hospital in Kathmandu to receive treatment for frostbite.

In a reflective post on the Facebook page‚ 7 summits with a purpose by Saray Khumalo‚ she explained why the climb was worth the effort she has expended trying to achieve the feat.

"At some point during the summit push as we made our way from camp 4‚ it seemed as though I was walking next to the moon and stars....close enough to touch them as I walked on.

Later on‚ watching the sunrise behind the scanty clouds‚ it was nothing like I have ever experienced even under the African sky. The wind was however‚ blowing so hard after a while that‚ in my mesmerized state‚ all I could do is stand there and admire the beauty and some of the wonders that my short life has experienced.

The high winds though were blowing my Sherpa and I like pieces of paper causing my glasses to form ice around my eyes blurring my vision slightly. It's at this point that we decided to turn back and try the next day because going up is always optional.

I really have found a sanctuary in the mountains that I cannot explain through pictures‚ an untamed beauty that only God or a higher being could have sanctioned. I guess for me it's in the mountains as it may be in the waters for others...

People may not always understand why I climb or why‚ with my frost bitten fingers‚ I am not sad and angry....why I am content with my achievement even if it's not what I set out to do‚ that's ok. I am disappointed not to have summited but happy for an opportunity to try again one day!

I am grateful to have had the mind to turn back when I did because that‚ and those that helped me saved my life‚ giving me an opportunity to try again one day."