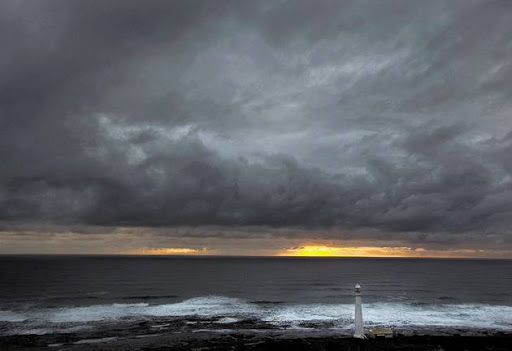 “One hell of a storm" – that's the unofficial designation South African Weather service forecasters have given the system moving into Cape Town on Wednesday.

Gale force winds of about 90km/h‚ 12 to 15-metre swells and 80mm of rain are expected the batter the region within a 24-hour window‚ leaving city officials and forecasters on high alert.

“Residents should make real preparations for the storm and not take it lightly. They should be prepared to stay inside their homes. Outside they should tie down their belongings because we are expecting abnormally strong winds‚” South African Weather Service communications manager Hannelee Doubell said.

The City of Cape Town is ready to evacuate people in high-risk areas in preparation for the storm‚ which is set to hit the Mother City on Wednesday morning.

Education department officials in the Western Cape will meet at 9am on Tuesday to discuss what is expected to be the biggest storm to hit the area in ...
News
3 years ago

Charlotte Powell‚ spokesperson for the Disaster Management Centre‚ said they are on standby by to minimise damage should the cold front become "dangerous."

City officials will also be on high alert to ensure all roads are safe. In addition ''informal settlement departments'' are prepared‚ should there be a need for them to intervene.

"Our NGO partners are ready for humanitarian relief… and we have plans to evacuate people… in high risk areas to emergency shelters such as community halls if it becomes necessary‚" said Powell‚ who said people not to be too worried as the approaching front could well turn out to be a ''normal winter storm".

She advised Capetonians to fix leaking roofs‚ open paths to allow stormwater to flow through‚ stay indoors and dress warmly.

However‚ the weather service issued warnings for several areas in the Western Cape including the Winelands‚ Cape Metropole‚ and the Overberg district. Forecaster Thabisile Ntleko said damaging winds‚ high seas and flooding could even result in “loss of life.”

City of Cape Town crews were on call on Monday‚ checking water infrastructure for blockages as well as preparing storm canals.

The predicted severity of the storm has been overshadowed by months of insignificant rainfall resulting in one of most severe droughts in Cape Town’s history. “There are concerns around flooding and damage to infrastructure‚ but we believe we are prepared to handle that. What the city needs is rain and we welcome this weather. The city and province need substantial rainfall to recover‚” said mayoral committee member Xanthea Limberg.

With dam levels at 19 %‚ Limberg emphasised the importance of any amount of rain to Cape Town. “If we receive below-average rain this winter then it will take beyond three years for our water infrastructure to recover. This rain will help… but it won’t resolve the problem. We need any rainfall we can get‚” she said.

Ntleko said weather service remained focused on the severity of the storm rather than rainfall totals.

“This is just one system; bear in mind we have had at least two seasons of a dry spell. We advise the public rather wait to see how the season progresses.”