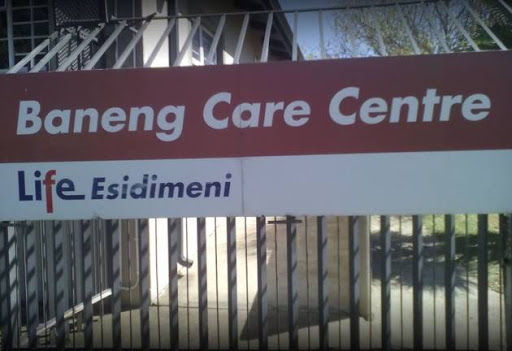 Christine Nxumalo's sister Virginia Machpelah died at Precious Angels NGO‚ likely of pneumonia and dehydration on August 17 2016‚ after she was forcibly removed from a Life Esidimeni home for the mentally ill.

But Nxumalo has still not received the post mortem detailing the cause of her sister's death‚ ten months later.

Together with NGO Section 27‚ family members whose loved ones had mental illnesses and stayed at Life Esidimeni homes held a media conference in Braamfontein on Tuesday to detail progress in implementing Ombudsman Malegapuru Makgoba’s recommendations.

Members of Gauteng health department were invited but did not attend.

Makgoba made a report after more than 100 psychiatric patients died following their forced removals from the Life Esidimeni homes.

Makgoba recommended all NGOs that looked after patients be shut down and police investigate the NGOs where patients died.

Family members complained that there had been delays in the police inquests into the deaths and no arrests of owners of NGOs where patients died from neglect have been made.

The family members and NGOs noted at the media conference that:

- Legally required contracts were not in place between the Gauteng department of health and Selby Park Clinix and Life Esidimeni who now care for the about 800 mentally ill patients. Contracts would detail the level of care required.

- Members of the Mental Health Review Board that oversaw the disastrous move are still in their job‚ although the chairperson was removed.

- There have been ten deaths since the February report by ombudsman Makgoba and the reasons for these are not known by the families and Section 27. But post mortems were done in most cases.

- Many families of the 100 patients who died last year have not received the results of post mortems done on their loved ones. - Some patients in Selby Park Clinic and Life Esidimeni Waverly and Baneng homes still are short of clothing and jerseys.

- The department of health has been open to working with the families and approachable.

- About 450 mentally ill patients are still in hospitals including Cullinan Care Centre‚ Yusuf Dadoo and Sterkfontein hospital and Weskoppies.

"We are really angry‚" said Lucas Mogwerane‚ whose brother died at an NGO last June. The death certificate says natural causes‚ but he disputes this. The ombudsman determined that nearly ever death as a result of the move was unnatural.

Section 27 confirmed all of the 800 or so patients except 29 have been moved from NGOs back into Life Esidimeni homes. 20 of the 27 NGOs remain open with other patients.

The remaining patients in unlicensed NGOs have family members who refuse to have them moved as the patients are stable and they do not want the move to destabilise them.

Nxumalo said some of these families did not trust the department following the initial move from the three Life Esidimeni homes that led to over 100 deaths.