The snoek secret is out 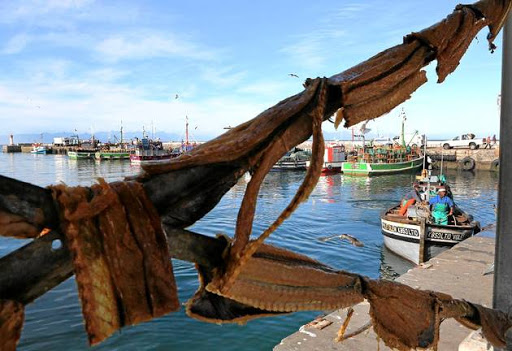 Salmon is so last season and snoek might be taking its place.

A recently published study lauded the nutritional value of the Cape snoek - something fish vendors from the Western Cape have always known. Now they are concerned that big companies might net all the fish for well-heeled consumers on the hunt for the next health fad.

The scientists, Suné Henning, from the Cape Peninsula University of Technology, and Louwrens Hoffman, from Stellenbosch University, concluded that Cape snoek contains similar amounts of fat to pink salmon and a carbohydrate content of only 0.7%.

This was in a study done in 2016 and published this year.

"Cape snoek is a healthy, cheap and high-protein food source, with a high content of omega-3 fatty acids," concludes the report.

They took samples of 10 snoek caught at Stompneus Bay in the Western Cape in June last year.

Samples from the left side of the flecked snoek were kept raw while the right sides of the fish were cooked in boiling water.

The study showed that cooked snoek has a protein content of 24.5%, while raw snoek has less protein and a higher fatty acid content.

Rafiek Isaacs has sold snoek at Kalk Bay harbour for 12 years and said he rarely gets sick.

"It's healthy, it's good for your heart, for your bones and your marrow, and for your skin. We've known this since before we were born, our grandfathers knew this," said Isaacs.

But he is concerned that once people become aware of the nutritional value of snoek he will no longer be able to sell the fish.

"Now people are going to see snoek is a very healthy fish, then big companies are going to come and buy all the snoek. Then the government is going to say you [small-scale fishermen] can't catch snoek any more, the snoek needs to be caught by the factories because that's where the money comes from," said Isaacs.