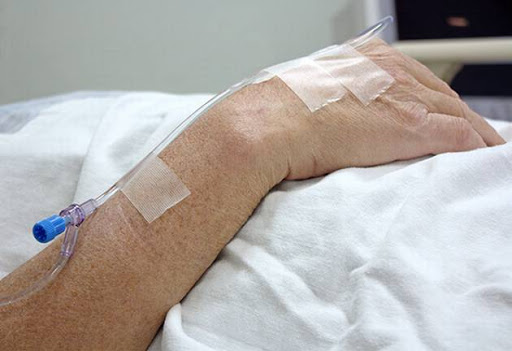 As of the close of business on Friday‚ there will not be a single cancer specialist doctor employed at any state hospital in Durban - and only two will be left in KwaZulu-Natal.

This shocking development leaves hundreds - if not thousands - of cancer patients in KwaZulu-Natal's biggest city facing clinical uncertainty and staring the possibility of death squarely in the face. It follows the resignation of the city's last state oncologist‚ whose last day is Friday.

Dr Thilomi Naidoo was the only cancer doctor remaining at the Inkosi Albert Luthuli Central Hospital following the resignation of another oncologist‚ Dr Sanele Kunene‚ earlier this month.

Her departure means that the 846-bed referral hospital‚ one of the most sophisticated in the world and which treats about 80% of the provinces’s cancer patients‚ will be left with no oncologist.

Oncology services‚ including radiotherapy‚ are provided at just three hospitals in KwaZulu-Natal: Inkosi Albert Luthuli and Addington in Durban‚ and Grey’s Hospital in Pietermaritzburg.

Only two oncologists are left at Grey’s following a massive exodus from state hospitals to the more lucrative private sector - and this not just to chase more money‚ but also because of difficult working conditions.

Attempts to get a comment from the KwaZulu-Natal Department of Health on Thursday were unsuccessful. Department spokesman Desmond Motha did not respond to either email or text messages‚ and Health MEC Sibongiseni Dhlomo said he was in meetings and would respond at his convenience.

Mzukwa said this left patients in a dire position.

"It's a big blow to poor patients that cannot afford private care. It's an indictment because it leaves them with two options - to relocate to another province or to die. The provincial government is not their hope at the moment‚" he said.

At least two cancer patients’ families have attributed their untimely deaths to the non-functional cancer treatment equipment at Addington‚ according to a statement released ahead of a march by doctors in Durban. Both patients were reportedly referred to Inkosi Albert Luthuli hospital as oncology machines at Addington were allegedly broken. But because of excessively long waiting lists‚ they died before they could be treated.

Democratic Alliance MPL Dr Imran Keeka said the party had submitted a complaint to the SA Human Rights Commission in February last year about the collapse of the oncology service.

He said a report‚ which has not been made public yet‚ was forwarded to him and the respondents‚ KwaZulu-Natal Health MEC Dr Sibongiseni Dhlomo‚ the KZN Department of Health‚ and officials at Addington and Inkosi Albert Luthuli.

“Because the report cannot be made public as yet‚ the contents cannot be divulged. The DA is hopeful that the unchanged report is made public very soon‚” he said.

Keeka alleged that Addington’s radiotherapy devices procured in 2009 have never been properly maintained and “they have now become totally dysfunctional".

“Oncologists have provided solid reasons for leaving. Those that I have spoken to give reasons ranging from not being able to continue working in an environment that is overburdened by the sheer number of patients‚ the patronage systems in the department‚ seeing immense suffering because of the failing healthcare structures and broken equipment‚" he said.

Keeka‚ who is also a member of the provincial health portfolio committee‚ said the waiting time for some patients to see an oncologist could range anywhere from between three to nine months.

“The impact of the exodus of the oncologists has nothing to do with greener pastures. An oncologist that recently resigned said to me that she would love to continue working for the department but simply cannot under the circumstances‚” said Keeka.

In February‚ the DA wrote to KwaZulu-Natal Premier Willies Mchunu calling for him to axe Dhlomo because of the deterioration of the healthcare services in the province.

A written reply to questions asked by Keeka showed that the most commonly seen cancer patients at Inkosi Albert Luthuli between 2015/16 and 2016/17 were those with cervix cancer (946) and breast cancer (772).

Dhlomo was quoted in local media earlier this month as saying that there were no oncologists left in public health to train new oncology doctors. He said the University of KwaZulu-Natal’s Nelson R Mandela School of Medicine would also lose its Health Professions Council of SA accreditation to train in oncology as a result of the mass resignations.

In March‚ the Health and Other Services Personnel Trade Union of South Africa (Hospersa) slammed the provincial department for failure to resolve the ongoing cancer treatment crisis in the province.

The union called on Health Minister Aaron Motsoaledi to urgently address the crisis.

“It seems that this problem is just dragging on without government stepping in fixing the problem. Meanwhile‚ people are suffering and even dying‚” said Hospersa general secretary Noel Desfontaines.