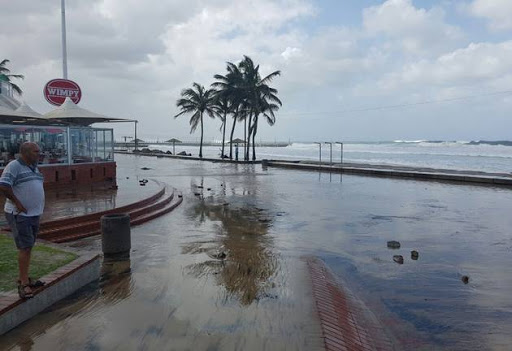 High sea swells have prompted municipal officials and marine experts to lift the shark nets at three of Durban's beaches.

eThekwini head of communications Tozi Mthethwa said the beaches have been temporarily closed due to high seas forecast for the next few days.

She said the decision was taken after careful deliberation with the South African Weather Bureau and the Sharks Board.

The board's Mike Anderson-Reade confirmed that swimming at the three beaches - Laguna‚ Country Club and eThekwini - would be closed.

"We have looked at the weather warning and will monitor the situation at the beaches. The main beaches on the Durban beachfront however will remain open‚" he said.

The shark nets are lifted during high sea swells and strong winds which may result in movement and damage to the nets. The nets are then lifted to minimise damage or losses.