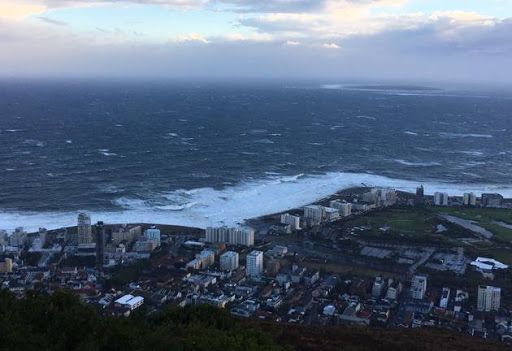 More than eight people were killed and thousands forced from their homes after gale force winds and flash floods hit shanty towns already coping with Cape Town's worst drought in a century.

"It may take a few seasons of normal rainfall for the dams to recover and therefore continuing to cut water use drastically is vital," said Xanthea Limberg, the city's mayoral committee member responsible for water services.

Limberg said if rainfall does not significantly boost dam levels, Cape Town could run out of water by September.

Six children cling to the sides of a shopping trolley with a yelling toddler inside as they hurtle down a steep road at the top of Hout Bay’s ...
News
5 years ago

Dams supplying Cape Town's residents, who face mandatory water restrictions, are lying at 21.2 percent capacity, or an effective 11.2 percent, as the last 10 percent of the dam's water is unusable, officials said.

Limberg told Reuters the city expects a new pilot desalination plant, capable of producing 2 million litres per day, to be operational by December before "accelerated full-scale" implementation of the technology.

The plant, being developed in partnership with power utility Eskom's Koeberg nuclear station, forms part of a 300 million rand ($23 million) three-year budget as the city looks for alternative sources of water, including tapping an underground aquifer at Table Mountain.

'Angry Mother Nature can destroy anything and anyone'

Reporter Petru Saal describes the fear she experienced while escaping the fires on the Garden Route on Saturday."Photographer Esa Alexander and I ...
News
5 years ago

"We are exploring the rental of off-shore modular desalination units that could, together with other emergency interventions, yield up to 500 million liters per day should Cape Town’s dams dry up," Limberg said.